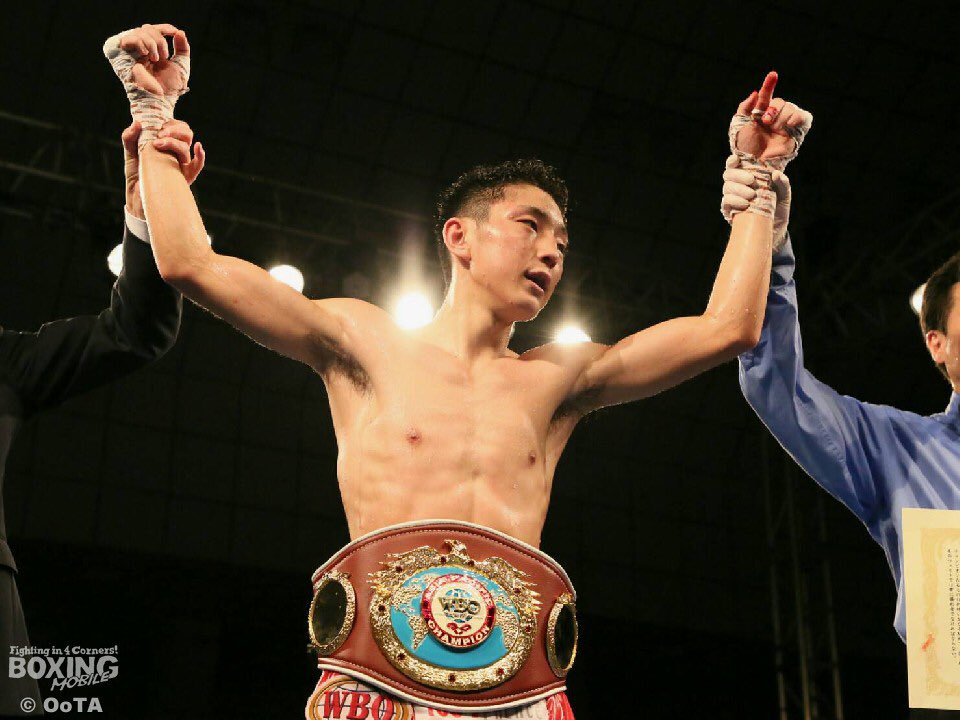 Earlier today news broke from Japan regarding a future Shinsei Promoted card, revealing the date and one of the bouts from the card.

The show, “Real Spirits 66” will take place at the EDION Arena Osaka, on December 8th and will be headlined by a ​WBO Asia Pacific Super Featherweight title bout, pitting champion Musashi Mori (10-0, 6) [森 武蔵] against once beaten challenger Takuya Mizuno (17-1-1, 14) [水野拓哉], in a mouth watering match up.

Of the two men it’s Mori who has achieved more, though he will be going into perceived enemy territory for this match up.

​The unbeaten champion turns 20 just a few days before the fight, and despite his youth he has already been very impressive. In 2017 he won the All Japan Rookie of the Year in the Super Featherweight division, whilst running up a 5-0 (4) record. Since then he has dropped down in weight and managed to win the WBO Asia Pacific title with a technical decision over Richard Pumicpic. He has defended the title once, with a split decision in a rematch over Pumicpic, and this looks set to be another very difficult defense of the title for the rising youngster.

Managed by former world champion Yasuei Yakushiji we’ve seen Mori show real development in recent bouts, whilst beginnign to work with the legendary Ismael Salas, but the youngster still has a lot of work to do before progressing beyond regional level. This bout will be a great chance to see just how much he has developed against a fellow hungry and young fighter.

​The 24 year old Mizuno has been a pro for around 6 years, and he made his first mark back in the 2015 Rookie of the Year, reaching the West Japan Rookie of the Year final where he lost a close decision to Tenta Kiyose. Since then he has reeled off 10 straight wins, including victories over Yuki Iriguchi, Noboru Osato and Roli Gasca, and claimed the Japanese Youth title along the way. He has looked rather destructive, with heavy hands, but has got areas to work on, and when his power hasn’t been able to win bouts he has struggled, narrowly getting over the line in his 3 decision wins, two of which were split decisions and the third was a majority decision.

Fighting out of the Matsuda gym Mizuno is one of the few fighters at the gym worthy of taking note of, but a win here will shine a light on the gym and help it attract other hopefuls going forward, making it a significant bout for the gym.

Interesting neither of the fighters in this bout are Shinsei promoted fighters, so we’re expecting a strong under-card of Shinsei’s fighters. It’s also worth noting that last year Shinsei doubled up and ran 2 shows in December on the same day and this could be part of a similar plan from the promoter, who really did stack both cards last year.