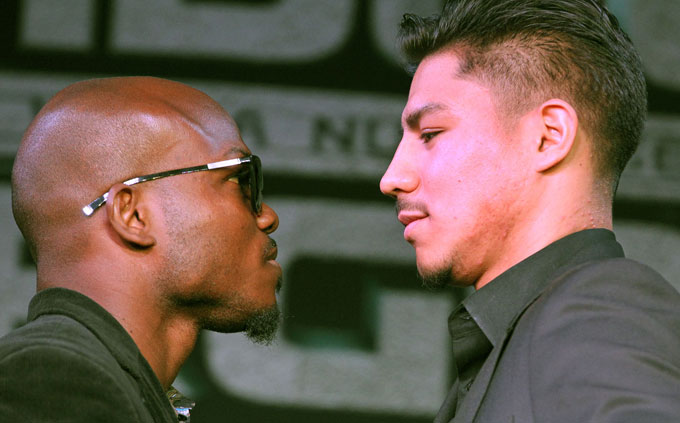 Promoter Bob Arum announced today that the June 27 clash between former two-division world champion Timothy “Desert Storm” Bradley Jr. and undefeated WBA super lightweight world champion Jessie Vargas will be for the vacant WBO welterweight championship. That belt was last on the line when Floyd Mayweather fought Manny Pacquiao on May 2. After the fight, Mayweather accepted the belt, but it was agreed beforehand that should he win the title would be vacant. Bradley-Vargas takes place under the stars at StubHub Center in Carson, California, and will be televised live on HBO.

Tim Bradley: I think this fight might be a candidate for fight of the year. I’m already calling it right now. A lot of you out there see this fight on paper and you guys are like ‘It’s an easy fight for you Bradley.’ And I’m like ‘Y’all crazy. What do you mean easy fight for Bradley?’ This fight is not easy whatsoever…I call StubHub ‘The War Ground,’ because overtime there’s a fight there, there’s always a war. And I think this fight’s gonna be a war.

Jessie Vargas: Everyone is expecting a great fight. We know that Timothy Bradley and myself always give it our all in the ring. We have the heart of a lion. On June 27th we both have to dig very deep and we’ll see who comes out with the victory.

Bob Arum: Tickets are on sale tomorrow. I don’t know why we’re not waiting for the week of the fight to put them on sale. 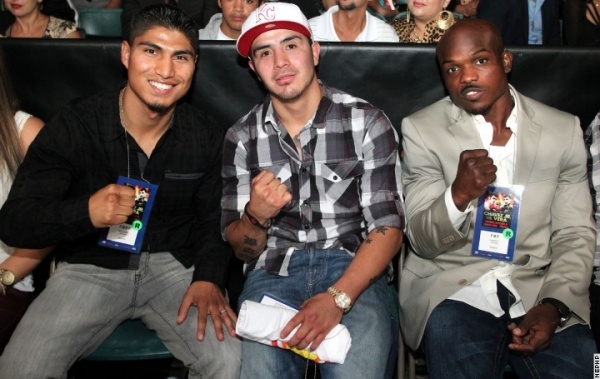