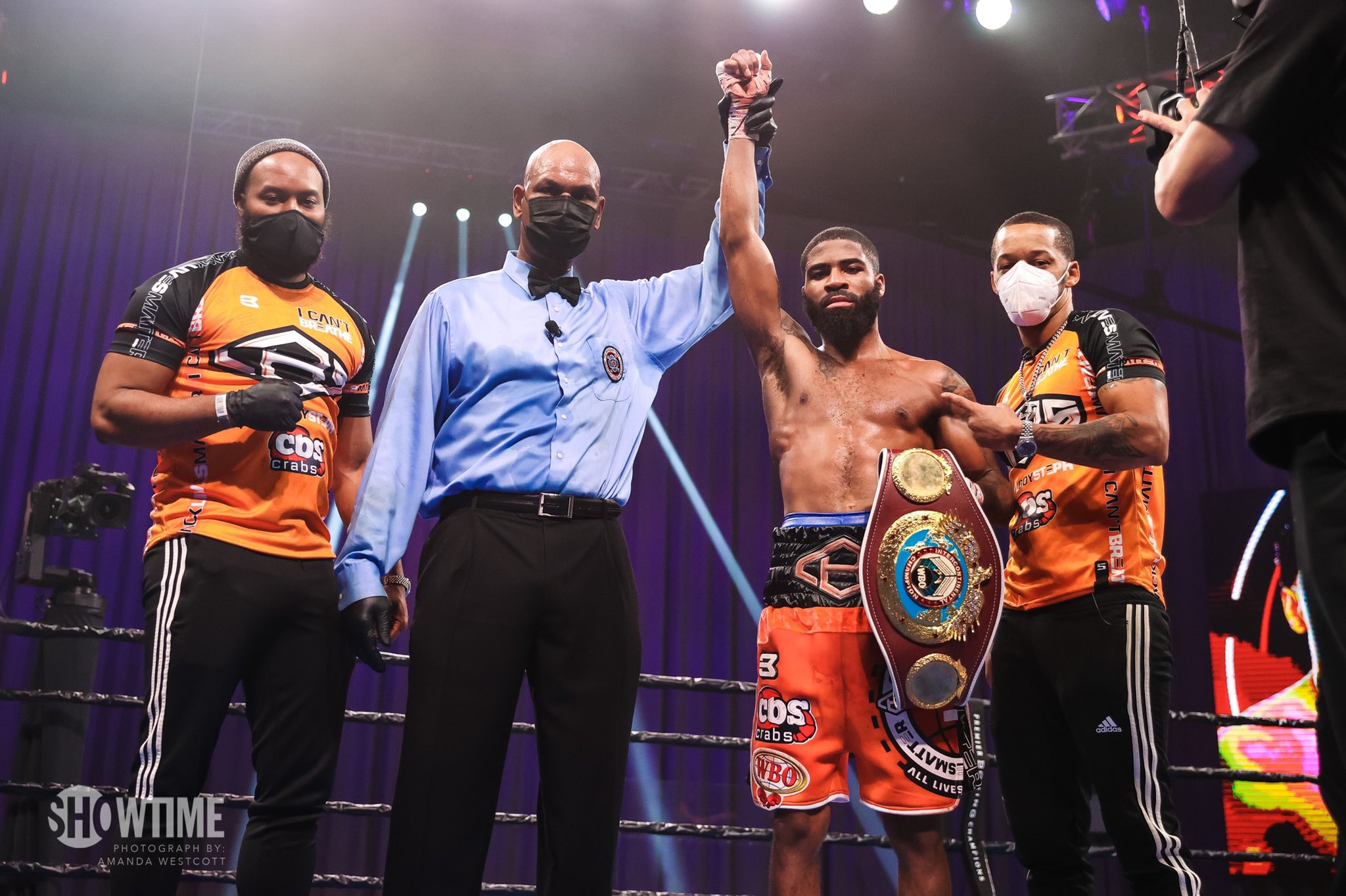 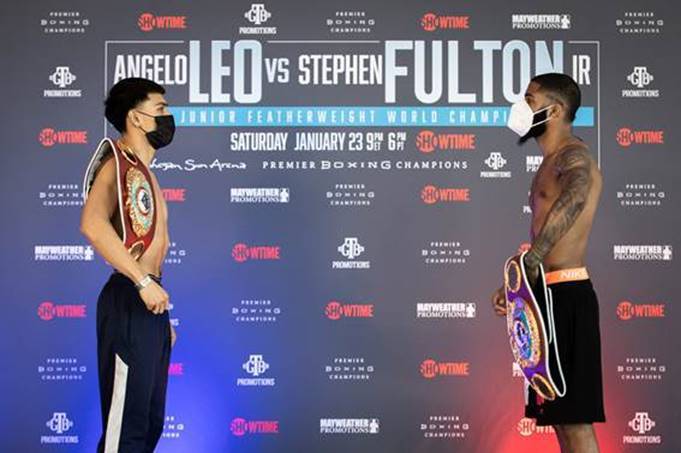 UNCASVILLE, Connecticut – Angelo Leo (20-0, 9 KOs), the WBO junior featherweight champion weighed 121.4 lbs and challenger Stephen Fulton (18-0, 8 KOs) weighed 122 lbs in for their 12-round, 122-pound title fight. The last hurdles Fulton and Leo must overcome are their final COVID-19 tests, which were administered after they made weight for the main event of a Showtime tripleheader Saturday night at Mohegan Sun Arena (9 p.m. EST; 6 p.m. PST).