Sabillo is Ready To Batter His Foe in First Title Defense 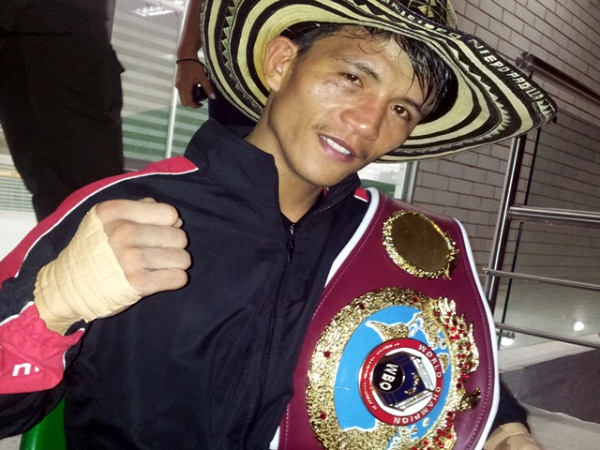 Merlito “Tiger” Sabillo is ready to rip into his opponent, Jorlie Estrada of Colombia, in the Filipino’s first title defense at the plush Solaire Resort Hotel and Casino in the Philippines “Entertainment City” along Manila Bay on July 13 and has indicated he wants to put on a show in the first world title fight.at Solaire.

The fight card on the highly successful “Pinoy Pride” series of ABS-CBN and ALA Promotions will be telecast on Channel 2 on July 14 at 10:15 a.m.

The undefeated Sabillo’s trainer and former world title challenger Edito “Ala” Villamor told BoxingScene.com/Manila Standard that the WBO minimumweight champion who has a record of 21-0 with 11 knockouts  is “in great shape and only three pounds over the weight limit which is no problem” with some two weeks to go before fight night.

Villamor said Sabillo was scheduled to spar for the last time this week on Tuesday (yesterday) Thursday and Saturday against sparring partners who include Philippine champion Jerson Mancio and OPBF champion Arthur Villanueva as well as amateur standout Jesrey Waminal “to improve his speed and skills.”

Villamor said the 29 year old Sabillo is “a really hard puncher and dropped Luis De La Rosa twice” en route to an 8th round TKO  in their fight for the Interim title last March 9 in Colombia after which Sabillo was elevated to full champion when Moises Fuentes moved up in weight  and will get a crack at WBO light flyweight champion Donnie Nietes in a mandatory title shot after one voluntary defense by Nietes possibly in Dubai in September.

Villamor disclosed that they had been working on “improving Sabillo’s defense and doubled-up  training in this aspect of the champion’s skills.”

He also told us that Pio Solon is handling Sabill;o’s strength and conditioning whie Abet Biagan who trains the Philippine triathlon team was making sure about “proper nutrition and the food intake” of Sabillo.