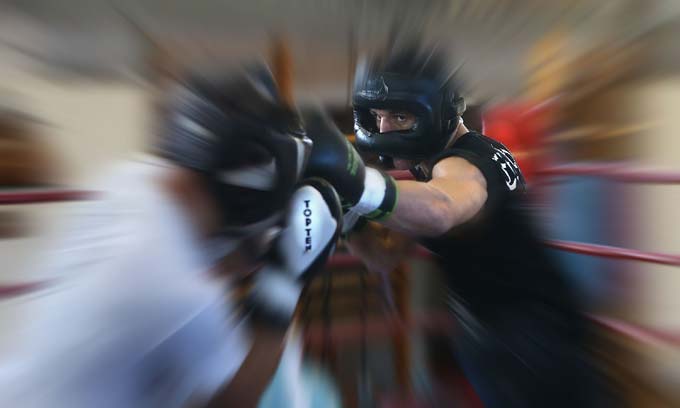 “This can be a big step toward a new world title shot,” said Krasniqi after the last round of sparring in Magdeburg SES Gym. “The last three months have been a hard time. The strength and conditioning in the mountains of the Bavarian Forest and then the intense sparring here with very good sparring partners. More couldn’t be done. Now I’m in top shape and very good for the weight in my new weight class, the super middleweight division. Now when the “Doberman” comes I’ll pull his teeth!”