Results:  The WBO Flyweight Championship Title was won by Sho Kimura.  Sho Kimura (15-1-2, 7 KOs) scored a stunning eleventh round TKO over WBO flyweight champion Zou Shiming (9-2, 2 KOs) to claim the WBO belt against Zou Shiming by KO at the 11th round. 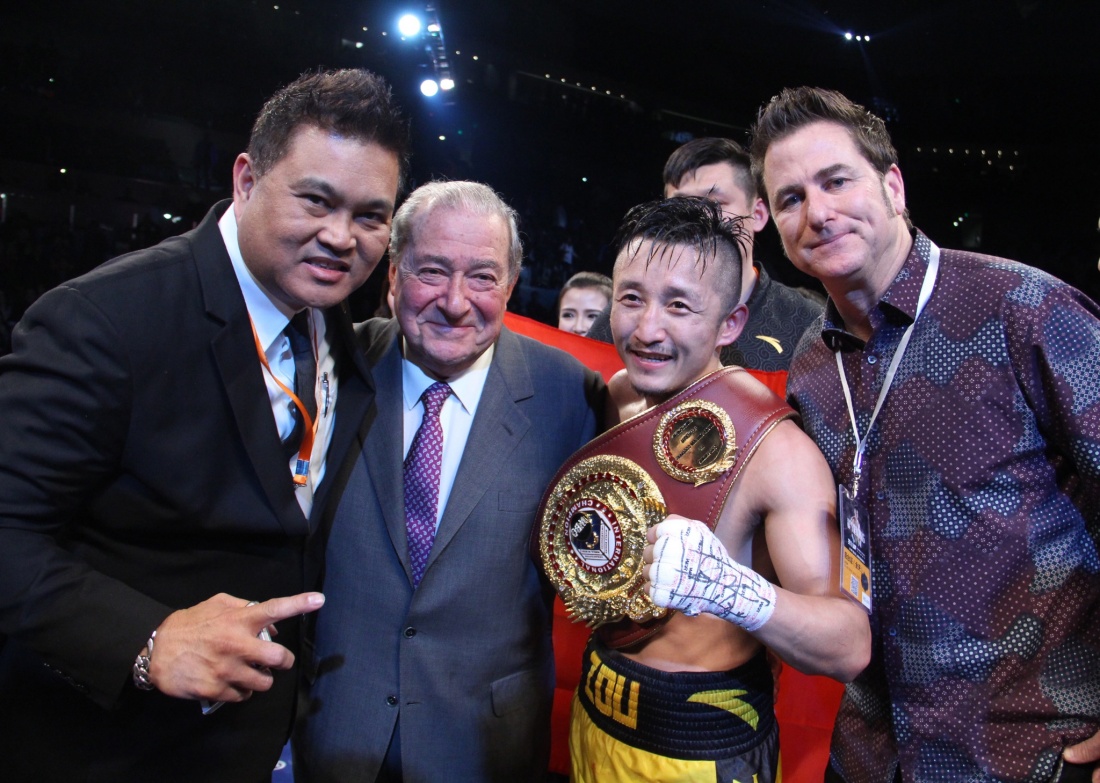 SHANGHAI, CHINA- China’s boxing star Zou Shiming made a marvelous return to the ring and stopped Natan Santana Coutinho of Brazil in eight rounds at the Oriental Sports Center.

Zou boxed well as expected but Santana stoked the ire of the hometown crowd early when he clowned around and taunted Zou in the opening round. Zou continued to move and use his longer reach but he showed he was not afraid to engage Santana at close quarters.

As the rounds progressed, Zou landed at will and the cheers of the crowd got louder. In the fifth, a swift volley hurt Santana but he remained on his feet. Zou’s boxing lesson continued and in the eighth, the Brazilian was pinned on the ropes and a series of unanswered punches prompted Thai Referee Sawaeng Thaweekoon to call a halt at the 2:17 mark.

This fight served as the main event of “Return of the King- the Rising of the Fists” held Saturday in Shanghai. 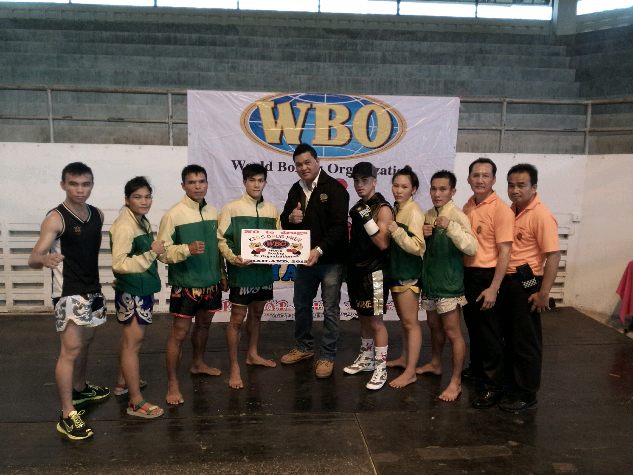 The World Boxing Organization again held their WBO WKDF Drug Free program for the Youth of Thailand reaching out to 48 students in their 4th consecutive years WKDF at Bangkok, Thailand.  The recipient of this year organized drug free program are youth elementary from Chumchononvatpichitayaram and Watkianket schools along with the IPE Institute of Physical Education of Bangkok that had offered their venue to coordinate this special gift giving event that had children joyfully smiling. WBO Vice President for Asia Pacific Leon Panoncillo, Jr. along with WBO Official Mr. Sawaeng Thaweekoon arranged a special luncheon reaching out to the children holding special games and prizes for the winners.  The 48 selected students have also been given school Scholarships as well as for them to purchase books for their schools. In their WBO drug free speech, World Boxing Organization shared the same vision with concerned parents, that Thailand youth will have a clear understanding after the gift giving event that their Children’s of the future of Thailand will say “No to Drugs” as well as giving their Family and Teachers the respect that they deserve. This noble endeavor makes me proud of writing about this prestigious WBO organization who have not only express their concerns at Thailand, but spreading their awareness of helping children across the globe on their continues gift and support. 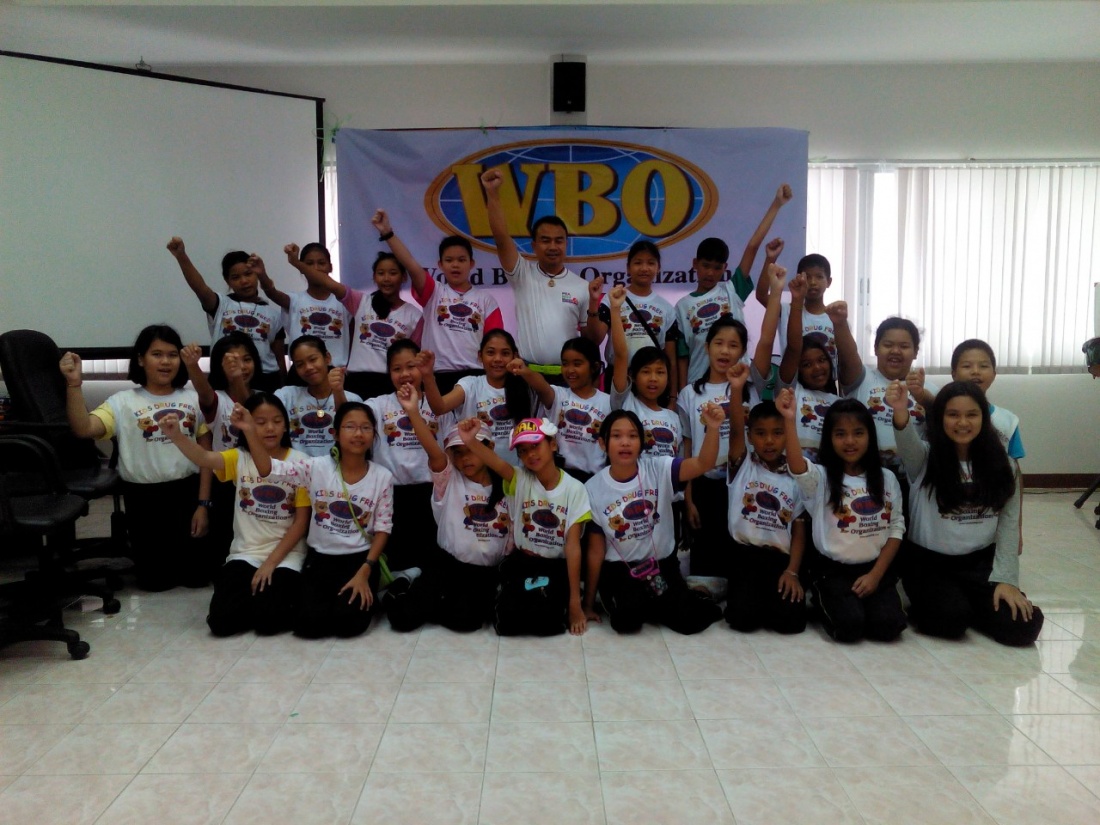 Another great effort of the World Boxing Organization lead by no less then the President Francisco “Paco” Valcarcel himself in coordinating another successful Drug Free program for the Youth of Samutprakarn province at Thailand.

The World Boxing Organization again had put a lot of effort in coordinating with Thailand Tourism and Sports Office of Samutprakarn Province to reach out to children near the boarders of Thailand that had been troublesome issues of Youth getting involved with wrongful drug.

With the week long activities, 30 students boys and girls appreciated the week of enjoyable games and sports activities including educational seminar lectures for the Youth of understanding the causes and harm drugs may inflect if they intend to use it.

“The goal of this project is reaching out to the Youth of Samutprakarn and educating them before its too late, informed WBO Thailand Representative Mr. Sawaeng Thaweekoon”.

The organizers scheduled a week of fun and games during their stay and WBO also donated to children WBO Drug Free T-shirts, school scholarship for the Youth, variety of daily food for children and educational lectures during their Drug Free week by volunteer staff of the Institute of Physical Education Bangkok.