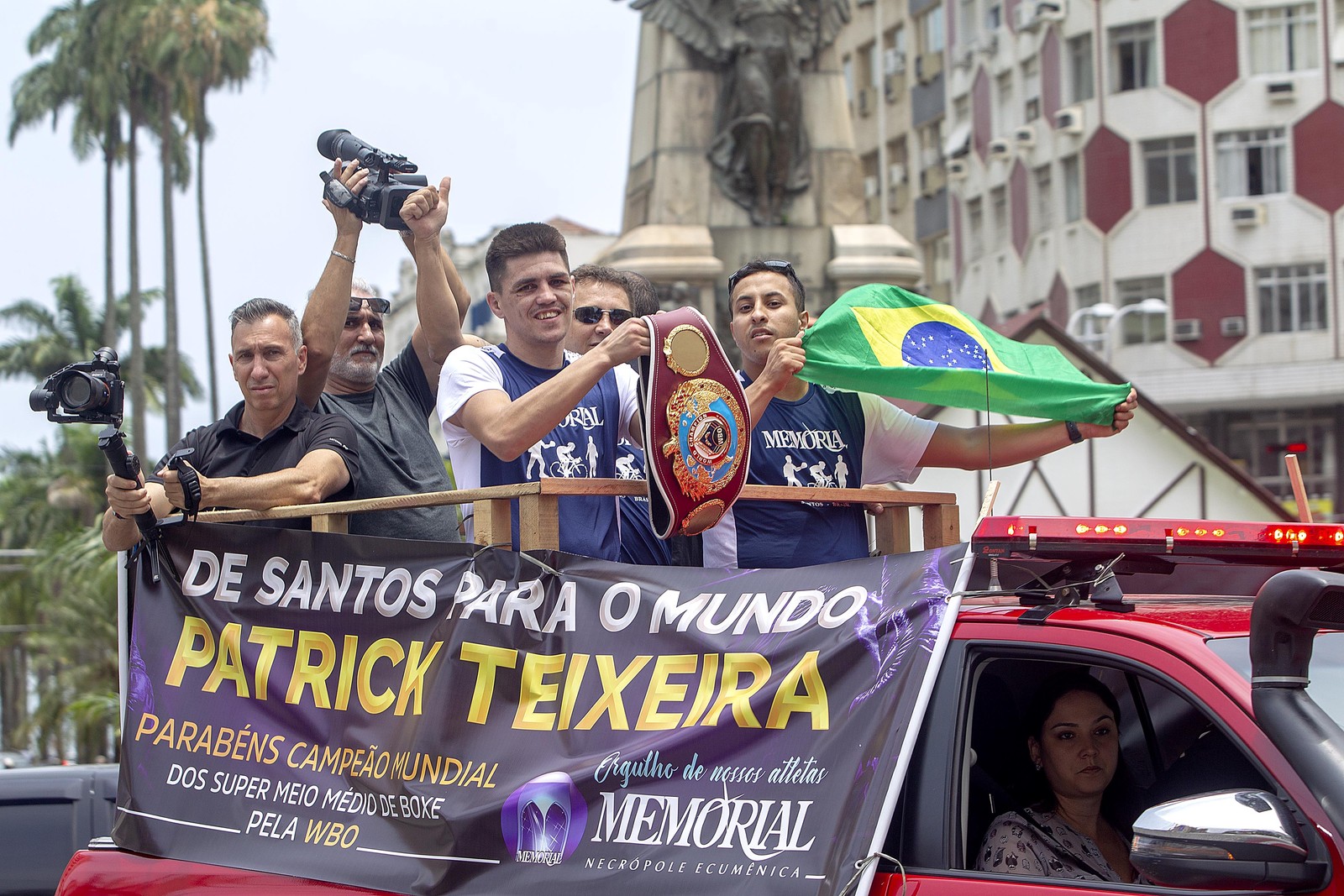 WBO Jr. Middleweight World Champion Patrick Teixeira was honored in Sombrio, his hometown in the interior of Santa Catarina. The boxer paraded through the streets, headed by Mayor Zênio Cardoso, and received a plaque of honor.

Sombrio is a municipality located in the extreme south of Santa Catarina, on the coast, seven kilometers from the sea. Distant 240 km from Florianópolis and 230 km from Porto Alegre, it has about 30 thousand inhabitants.

After the Christmas and New Year holidays, Patrick Teixeira is due to begin training for his first belt defense, which will take place in the first half of 2020. Last week, the WBO in their 32nd Convention held in Tokyo, Japan upgraded Teixeira to “full” champion during the ratings portion of its annual convention and made Argentine Brian Castaño the mandatory challenger of Teixeira. The appointment came from a unanimous vote from the WBO committee upon a request from Sean Gibbons, who was on hand to represent Castaño on behalf of Premier Boxing Champions (PBC) and Tom Brown’s TGB Promotions.