Lomachenko: Getting Salido back into the ring would be something I would like to see 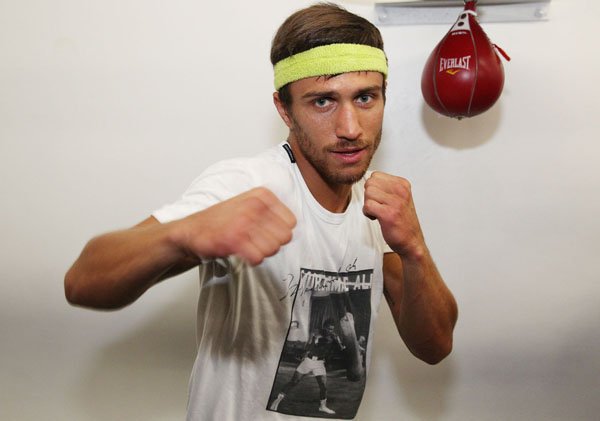 Here is what Lomachenko and his manager Egis Klimas had to say:

Vasyl Lomachenko: “I want to bring something new to boxing. I want to be known to fans and appreciated as a ‘boxer-painter’ in regards to speed, footwork, punching power — an art form inside the ring. I have looked at videos of many great champions like Muhammad Ali, Sugar Ray Robinson and Joe Frazier who each had special qualities. I never say one particular fighter is the best ever because each has a special unique style of fighting. Every fight has challenges. I looked at some video of my opponent who fought Lee Selby. In the middle of that fight, my opponent did a transition and fought with a different type of style against Selby. These are the situations you must deal with on the night of a fight.

“Who would I like to fight some day? Getting Salido back into the ring would be something I would like to see.” Lomachenko, suffered his only loss to Salido via split decision in his second pro fight after Salido came in overweight.

Egis Klimas: “We have not seen the best of Vasyl Lomachenko, maybe something like 40 percent of what we are going to see. He pushes himself 120 percent. He likes to spar 15 rounds daily against four different opponents. No one trains harder. He proved he was the best amateur boxer and he will prove that he is the best professional fighter.”

Lomachenko vs. Koasicha will be the co-main event to the 12-round welterweight rumble between two-division world champion TIMOTHY “Desert Storm” BRADLEY JR., (32-1-1, 12 KOs), of Palm Springs, Calif., in his second reign as World Boxing Organization (WBO) welterweight champion, and former world champion BRANDON “Bam Bam” RIOS (33-2-1, 23 KOs), of Oxnard, Calif. Bradley and Rios fought in Fights of the Year in 2013 and 2012, respectively.