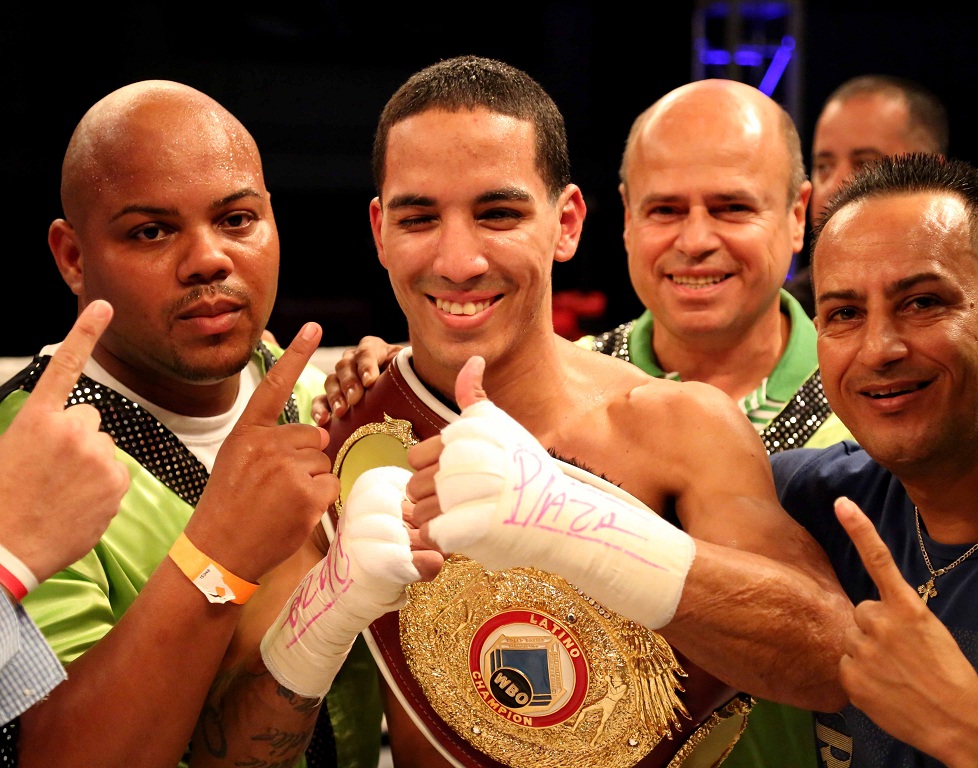 On Saturday, February 21, M/V Power Promotions and Fresh Boxing will be presenting the boxing event billed as ‘Rodriguez vs. Hinojosa’, which will take place at the Francisco ‘Pancho ‘Deida’ Coliseum of Hatillo , Puerto Rico starting at 7:00 pm.

At the beginning of his professional boxing career, 28-year-old Hinojosa only had one win in eight bouts. His seventh loss was against current world champion, Juan Carlos Payano in 2010. Since then, the rejuvenated Hinojosa made a 25-fight winning streak. During that path, he was crowned as the WBA Fedecaribe champion and later on, he captured the WBA Fedelatin belt.

In August 2014, the Dominican veteran went to Venezuela for the biggest fight of his career against localist, Yonfrez Parejo for the interim WBA World bantamweight title. Parejo defeated Hinojosa by TKO in the eleventh round in a close and exciting fight.

Meanwhile, Emmanuel ‘The Sensational’ Rodríguez, rated #9 by the WBO, and current WBO Latino Champion, scored an impressive first round KO victory over the two-time US National Champion, Miguel ‘No Fear’ Cartagena last October, 2014. Another notable victory for Rodríguez was in December 2013, against the very tough former world title contender, David Quijano, who lost by a wide unanimous decision.

The co-featured bout will be a duel of unbeaten lightweights between Juvenal ‘Gringo’ Ramos (2-0, 2 KO’s) of Morovis, and Miguel Canino (4-0, 2 KO’s) of Dorado in a 6 round bout.

In what is expected to be another exciting fight, Jesus ‘Chiquito’ Soler (6-1, 3 KO’s) and Gustavo Ortiz (1-2) will face off for the third time to determine the winner of their trilogy. In their first brawl, Soler won by unanimous decision, but in the second one, Ortiz won by split decision in a war from beginning to end. Soler-Ortiz is scheduled for six rounds in the flyweight division.

The two-time National Champion, Miguel Alejandro Cruz ( 6-0, 5 KO’s ) from Aguada, Puerto Rico will be making his first appearance as a pro-boxer in front of his fans in Puerto Rico against William Lorenzo ( 3-18, 1 KO’s ) in a six round welterweight bout.