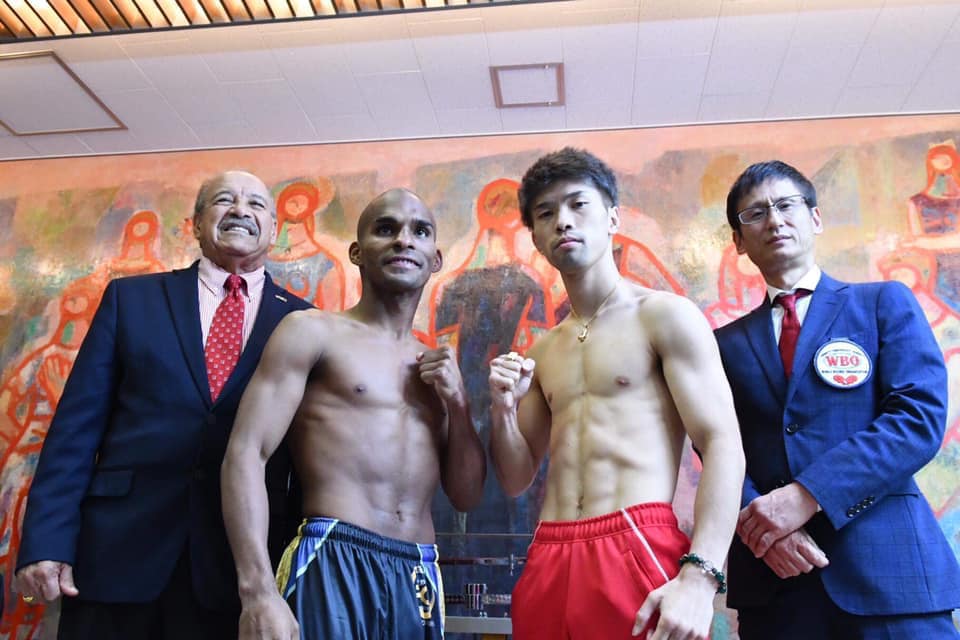 However much longer Kosei Tanaka chooses to remain at flyweight, he can officially look forward to at least one more title defense.

The unbeaten three-division and reigning 112-pound titlist made weight for Saturday’s mandatory title fight versus Puerto Rico’s Jonathan ‘Bomba’ Gonzalez. Both boxers came in right at the 112-pound limit for the bout, which takes place at Takeda Teva Ocean Arena in Tanaka’s hometown of Nagoya, Japan.

Tanaka (13-0, 7KOs) will attempt the second defense of the flyweight crown he claimed in this very venue 11 months ago. The former strawweight and junior flyweight titlist prevailed in a scorching 12-round win over Sho Kimura last September, which was rightly hailed by BoxingScene.com and several other outlets as the 2018 Fight of the Year.

Saturday’s bout versus Gonzalez (22-2-1, 13KOs) could be his last as a flyweight, as rumors have swirled of Tanaka eventually moving up in weight.

Before that plays out, both have significant business in front of them.

The bout will air live on CBC and TBS in Japan. External markets can watch via livestream on RingTV.com, beginning at 2:00am ET/11:00pm PT with a scheduled 10-round flyweight bout between Tanaka stablemate Kento Hatakana (9-0, 9KOs) and Philippines’ Jaysever Abcede (19-8, 12KOs). 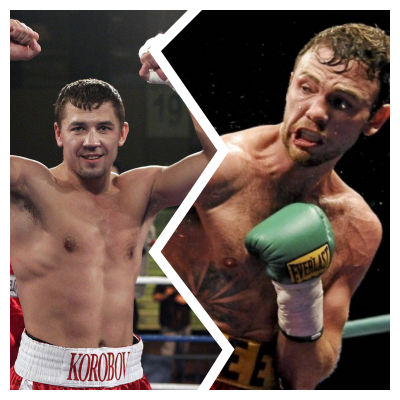 Talks are ongoing for a middleweight clash of southpaws in December between Matt Korobov and Andy Lee for the vacant WBO belt, their respective promoters, Bob Arum of Top Rank Promotions and Lou DiBella informed RingTV.com on Thursday.

“We’re working on the details right now,” said DiBella. “It would look like we’re aiming for December. The venue would be uncertain but it could be in England.”

The promoters’ request was also tweeted by WBO President Paco Valcarcel on Thursday.

“Their letter has been received by the WBO World Championship Committee,” said Jose Izquierdo, general secretary of the WBO, “so the championship committee will decide whether or not to sanction the fight for the vacant title.”

The negotiations for Korobov-Lee are part of recent developments in the wake of Peter Quillin’s having vacated the title last month rather than face Korobov.

Korobov (24-0, 14 knockouts) was subsequently ordered  to fight WBO junior middleweight beltholder Demetrius Andrade before Andrade chose to remain at 154 pounds and defend his belt in December.

Andrade was given the shot against Korobov over the Puerto Rico-based  WBO’s No. 2-rated 160-pounder Billy Joe Saunders in accordance with a petition from Andrade’s promoters, Artie Pelullo of Banner Promotions and and Joe DeGuardia of Star Boxing. The WBO, in part, ruled that Andrade was more deserving as an organization titleholder given that Saunders had not fought a top-rated boxer in more than a year.

In his last fight in June, Korobov, 31, scored a unanimous decision over Jose Uzcategui. Lee (33-2, 23 KOs), 30, earned a come-from-behind, fifth round knockout of John Jackson in June.

The win over Jackson represented Lee’s fifth straight victory, third by stoppage, since falling by seventh round knockout to Julio Cesar Chavez Jr. in June 2012.

“Andy Lee had the knockout of the year against John Jackson. I think that Andy Lee’s a very good fighter. I think that he can fight at either 154 or 160,” said DiBella. “I think that he has an excellent chance to beat Korobov and to become the middleweight champion. He’s well-traveled and he’s fought top competition. He’s been through the fire and he’s a guy who has shown that he’s resilient. He’s a very popular fighter and a very deserving fighter.”

Izquierdo said the WBO is also aware that Saunders could now face Chris Eubank Jr. in an all-English clash in November.

Saunders, 25, was last in action for an eighth round knockout of Emanuele Blandamura in July and Eubank Jr., 25, for a first round knockout of Ivan Jukic in July, representing his ninth consecutive stoppage win.