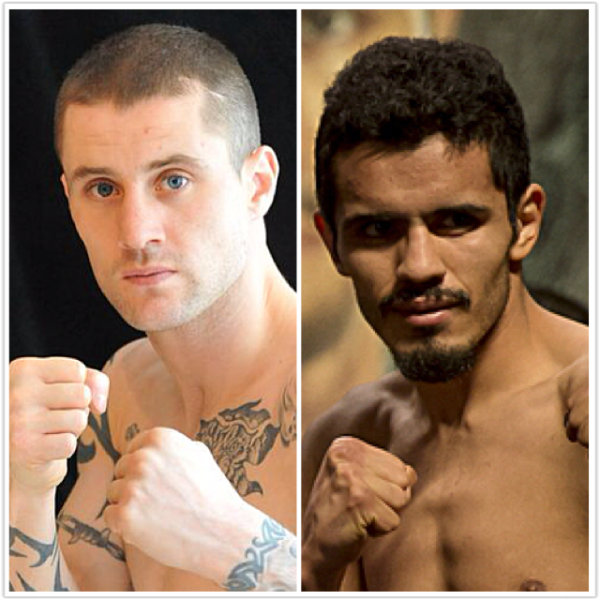 Promoter Frank Warren’s show at Wembley Arena on Saturday 16th March has been postponed and will now take place on Saturday 20th April.

WBO World Lightweight Champion Ricky Burns’ opponent, Miguel Vazquez – the IBF World Champion – has been suffering from a severe viral infection caused by food poisoning.  Vazquez has been advised to rest and rehydrate, before starting to train again which has meant that the fight has had to be delayed.

There was an opportunity to bring in a replacement challenger for Burns but it was agreed  that at this stage of his career, it was essential that the unification contest went ahead, even if it meant a slight delay.-

For Burns, he felt that it was important that he still fight Vazquez for the IBF World title and unify the belts and then head into a possible fight against WBC title-holder Adrien Broner next, bringing two world title belts into the fight.

Burns v Vazquez will still joint headline the show with WBO World Light-Heavyweight Champion Nathan Cleverly defending his title against Robin Krasniqi.  Cleverly will also welcome the postponement as he has been suffering from a stomach virus that left him unable to train for five days last week and then when he resumed training he relapsed again.  This will ensure that he is back to full fitness for the new date.

Promoter Frank Warren said, “It’s very unfortunate that Vazquez has had to withdraw so close to the fight, but it is on medical grounds, which is beyond my control, due to his viral infection, and we have his doctor’s certificate confirming this.  Therefore I have had to postpone the fight, not canceled as stated in some media reports, to Saturday 20th April at Wembley Arena.  Everybody is disappointed by this postponement, but we have worked hard to ensure that Ricky’s unification fight still goes ahead.”

Following George Groves decision not to fight for the European Super-Middleweight title on the show, he will now not feature.  However, a big announcement will be made shortly regarding a replacement bout.

We apologise to fans who have booked travel and accommodation for the show and have been inconvenienced by this unavoidable change.

Tickets that have been purchased for the show will be still be valid for the new date.