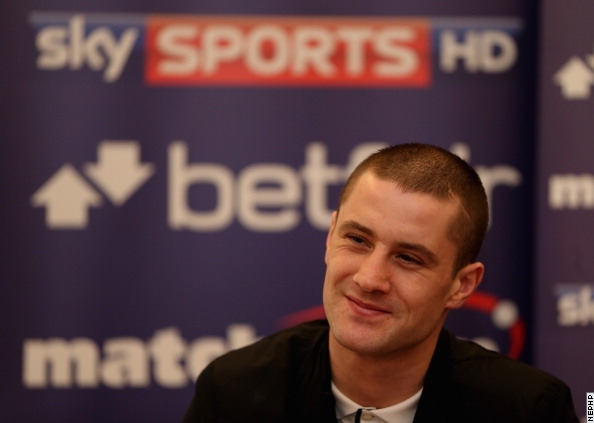 The two-weight World Champion will fight for the first time under Eddie Hearn live on Sky Sports on May 11, at a venue to be announced soon.

Burns’ last outing was his comprehensive win over Kevin Mitchell at the SECC in Glasgow on September, where the 29 year old defended his WBO Lightweight title in style with a fourth round stoppage.

Burns follows unbeaten Commonwealth super middleweight star George Groves into the brightest stable of British talent, and the 29 year old said he cannot wait to get back in the ring.

“I’m delighted that my future has been resolved and I really looking forward to the next chapter of my career,” said Burns. “It’s been a frustrating time since the Kevin Mitchell win in September but now I’m just focused on May 11 and putting in a great performance.

“I would love it to be in Glasgow – my last two fights were there and the atmosphere was just electric. I’ve got great fans in Scotland and it means a lot to box in front of them.”

Hearn added: I’m delighted to welcome the WBO Lightweight World champion Ricky Burns to the team. Ricky is an outstanding fighter and a hugely popular sporting figure in Scotland. We are looking forward to a massive show on May 11 in Scotland on Sky Sports as we begin our journey with Ricky.”