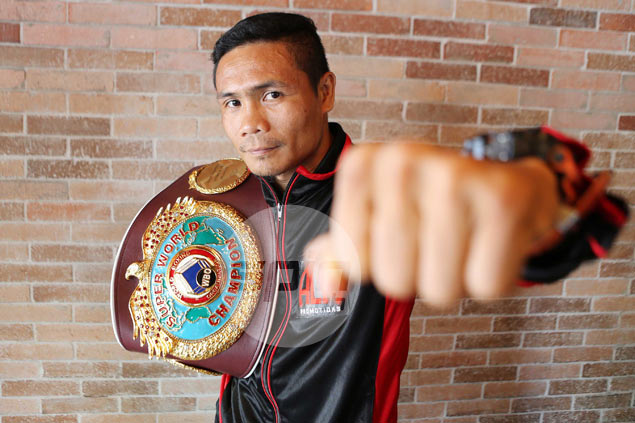 HOME is where the heart is for Donnie Nietes when he puts his World Boxing Organization (WBO) light-flyweight title on the line later this month.

The 33-year-old Filipino will be fighting in front of his provincemates on May 28 at La Salle Coliseum in Bacolod as the featured main event in the 36th edition of Pinoy Pride: A Legend in the Making.

It will be the first bout of Nietes in Negros Occidental since 2011 when he first wrested the 108-lb. title belt with a unanimous decision win over Ramon Garcia Hirales.

Incidentally, Nietes will be up against Raul ‘Rayito’ Garcia, the twin brother of Ramon Garcia.

Garcia, from Baja, California Sur, Mexico, packs a wallop as the 33-year-old southpaw challenger carries a 38-3-1 record, including 23 by KOs.

Currently on a five-fight win streak, Garcia has a common opponent with Nietes in Moises Fuentes to whom the Mexican lost by split decision in 2011. In contrast, the Filipino champion twice defeated Fuentes via a majority decision (Waterfront Hotel in Cebu, 2013) and by technical knockout (Mall of Asia, 2014).

“Pero siyempre hindi rin tayo basta mag-kumpiyansa,” said Nietes on Wednesday when he faced a select group of mediamen over lunch courtesy of ALA Promotions and ABS-CBN Sports.

Nietes co-trainer Edwin Villamor said the camp of the longest-reigning Filipino world champion ever has repeatedly watched the tape of the Fuentes-Garcia bout.

Nietes admitted being still 10 pounds over the limit, but sees no problem shedding off the excess weight.

He is already in the final phase of his training, having gone 12 rounds in sparring on Tuesday against heavier sparmates.

The champion’s camp will be in Manila until Saturday when they fly back to Cebu and resume training at the ALA boxing gym.

Nietes plans to be in Bacolod at least two weeks before the 12-round match.

The WBO title holder last fought in October of 2015 when he retained his title belt with a unanimous decision win over Juan Alejo in his first ever U.S. bout held at the StarHub Center in Carson, California.