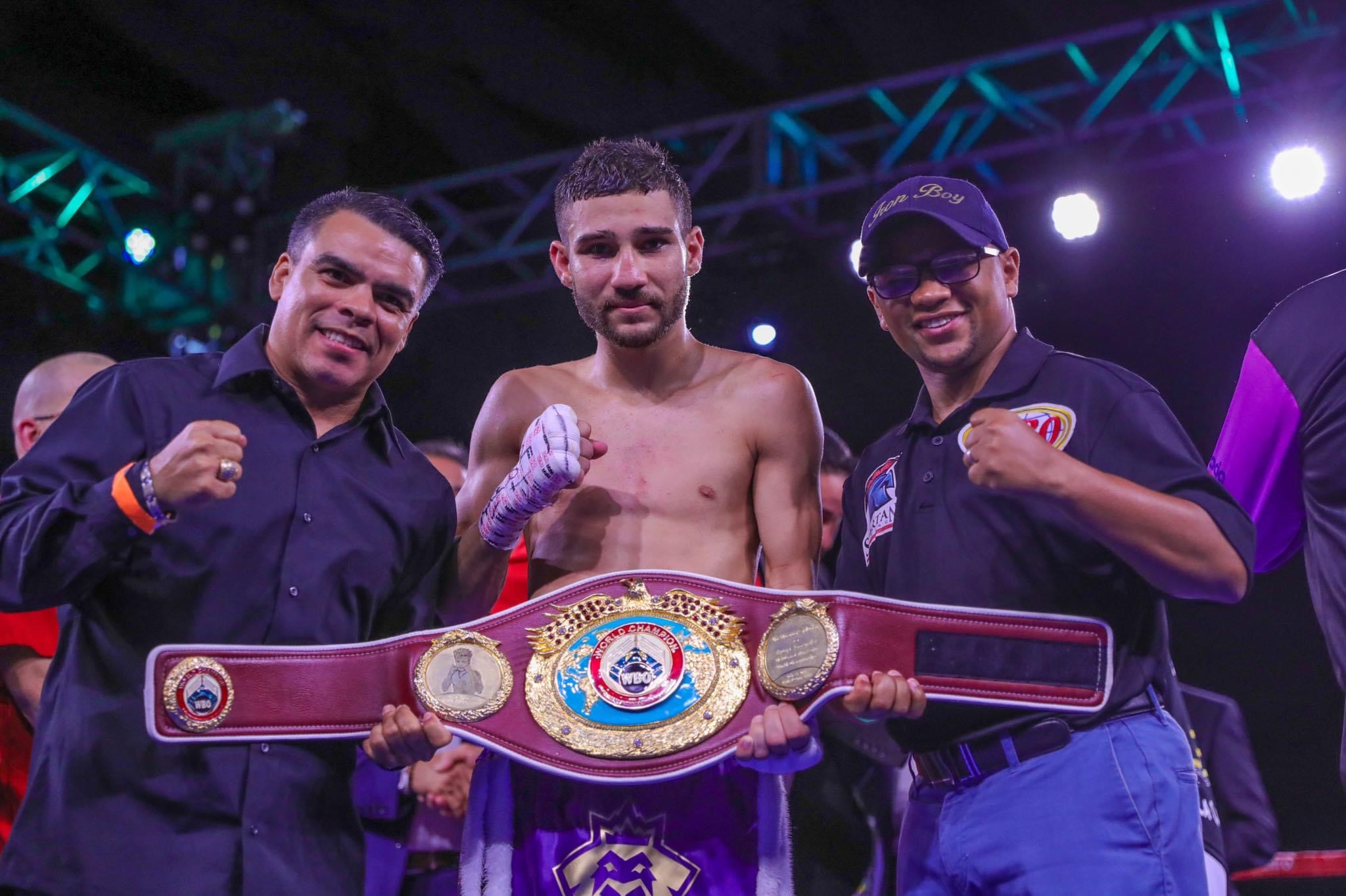 The only current male world champion from Puerto Rico, Wilfredo “Bimbito” Mendez (16-1, 6 KOs), from Trujillo Alto, will have his third title defense on Wednesday, December 16th in the Dominican Republic. The event will be promoted by Shuan Boxing Promotions.

Mendez will put his WBO Mini-Flyweight (105 lbs) world title on the line when he faces the dangerous Venezuelan Alexis Díaz (25-2, 17 KOs) at the Hotel Catalonia in Santo Domingo. The world championship bout will be broadcast live on Shuan Boxing’s YouTube channel.

“The two defeats of my opponent have been in good fights against world champions (José Argumedo and Thammanoon Niyomtrong)”, Méndez said. “He goes into the ring with a lot of desire to take the title for Venezuela and I understand that we both will give the Dominican and world boxing fans a great fight.”

For his third defense, “Bimbito” trained at the Mayweather Boxing Club in Las Vegas, Nevada.

“I was working in Las Vegas with trainers Yoel González and Carlos de León. The physical work was made by Ángel “Memo” Heredia and I’m more than grateful to Mayweather’s people for treating us like family. Training with great champions like Angelo Leo and Gervonta Davis has been a great learning experience. In the sparring sessions, the six-time Puerto Rican national champion Yankiel Rivera helped me a lot. I am motivated and on December 16, I will show that the island of Coquí has a lot of boxing left in the tank,” Mendez said.