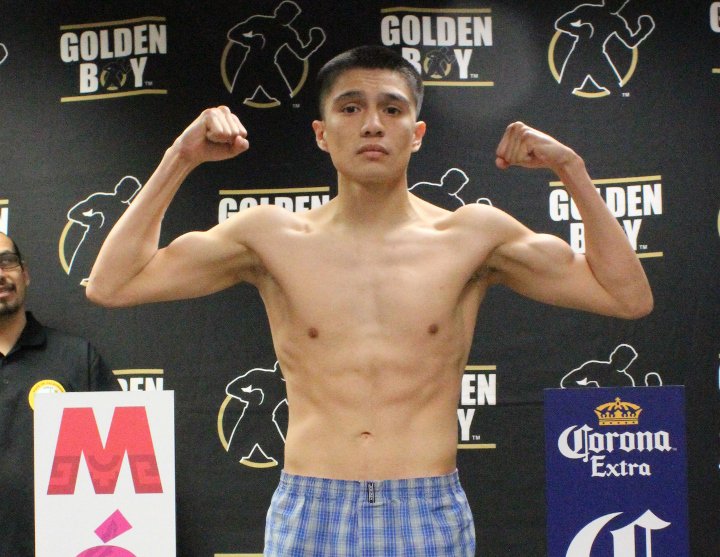 Gonzalez is a native of Glendora, Calif. who was a decorated amateur before turning professional in 2012. After several years of steadily climbing the featherweight rankings, the 24-year-old blossomed into a legitimate contender in 2017 after scoring stoppage victories against the likes of Derrick Murray, Deivi Bassa and Isao Carranza. Gonzalez is coming off a fifth-round knockout victory against Rolando Magbanua in March of this year and will be inches away from a world title opportunity if successful on July 13.

“This has been one of my goals and thank God I’ll be fighting for my first regional title,” said Joet Gonzalez.”I’ve worked too hard over the past few years to not make the most of this opportunity, and I promise to make the most of it against Rafael Rivera. I have all the tools to be the best fighter in this division. Thank you to Golden Boy Promotions and my manager Frank Espinoza for allowing my step up and showcase my skills.”

Rivera, of Tijuana, Mexico, debuted as a professional only a few months before Gonzalez and shares a similar career trajectory. The 24-year-old has spent the last six years fighting in Mexico and the United States and has wins against Wilfredo Vazquez Jr. and then-undefeated Ruben Garcia Hernandez. This will be Rivera’s second opportunity to fight for the NABO title after giving a tough fight to former title challenger Joseph ‘JoJo’ Diaz, Jr. in the co-main event of Canelo vs. Golovkin in September 2017.

“I had a last-minute chance against Jojo Diaz back in September, and I missed it,” said Rafael Rivera. “This fight against Joet is the best opportunity to show what I’m capable of. I’ll be ready to take the NABO belt back home.”

Local favorite Christian “Chimpa” Gonzalez (18-2, 15 KOs) of Buena Park, Calif. will return in a six-round lightweight fight. This will be Gonzalez’s first fight under the tutelage of renowned trainer Joel Diaz, who is working with Gonzalez to improve his craft in a way that will complement his knockout power. Gonzalez is now rubbing elbows with the likes of Lucas “La Maquina” Matthysse, Marcelino “Nino” Lopez and other Golden Boy fighters at the Diaz training camp in Indio, Calif.

Richard “Kansas Kid” Acevedo (2-0, 2 KOs) will return in a four-round super welterweight fight. Acevedo is the brother of Herbert “Ace” Acevedo and Oscar “Motorcito” Acevedo,” a trio of brothers who are originally from Garden City, Kansas. All three train at the Westside Boxing Club in Los Angeles, where they are gaining a lot of attention fighting on Golden Boy Promotions events.