Klitschko Says No Chance of Inside Fight With Leapai 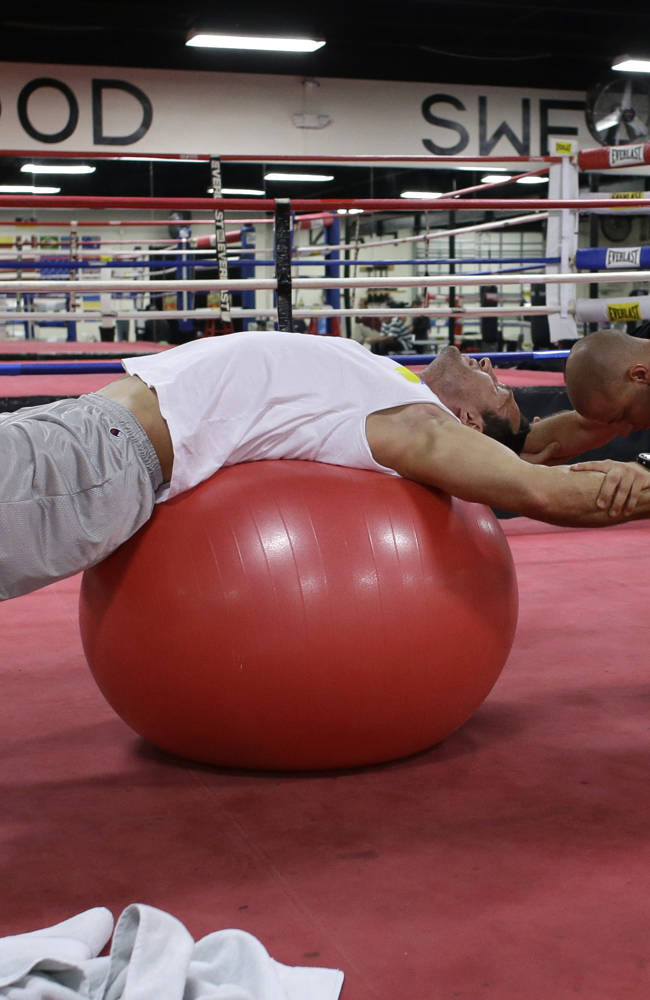 Klitschko will put the the WBO, WBA, IBF and IBO titles on the line against Queenslander Leapai in Oberhausen, Germany in the early hours of Sunday April 27, Australian time.

Leapai 34 (30-4-3 24 KOs) earned his shot with a unanimous points win in Germany last November over Denis Boytsov, taking the Russian’s No.1 WBO ranking.

“I think Alex has been successful with his style, I call it pure violence in the ring, and he became number one mandatory, thanks to that style,” Klitschko said in press conference in Austria.

“I think that he doesn’t have much idea about technique, strategy and tactics in a fight, or in the fights that I’ve seen.

“But he really doesn’t need it because he has so much strength naturally.

“He will try to get inside and fight and do the hay-making.

“He has some downsides but has some really strong sides.

“It’s going to be really challenging for me because of the size difference as well and his desire to win.

“I could tell, and I saw it at the press conference (recently in Germany), he’s determined, he really wants to make it happen.

“I think that Alex is certainly very motivated to become a champion and he’s the guy that has nothing to lose.”

Klitschko dismissed the suggestion he would use his massive height and reach advantages to box Leapai from the outside and avoid getting hit at close quarters.

“No, I will stand there at a close distance and I will fight him close so he’s going to feel there’s definitely another Mike Tyson,” Klitschko said.

The champion is an overwhelming betting favourite for the fight, but experience has taught Klitschko the underdog normally rises to the occasion.

“I’m definitely not going to take Alex Leapai easily, I’m taking him even stronger,” he said.

“Because in the night when challengers are in the ring, I’m telling you out of my experience, they are better than they usually are.