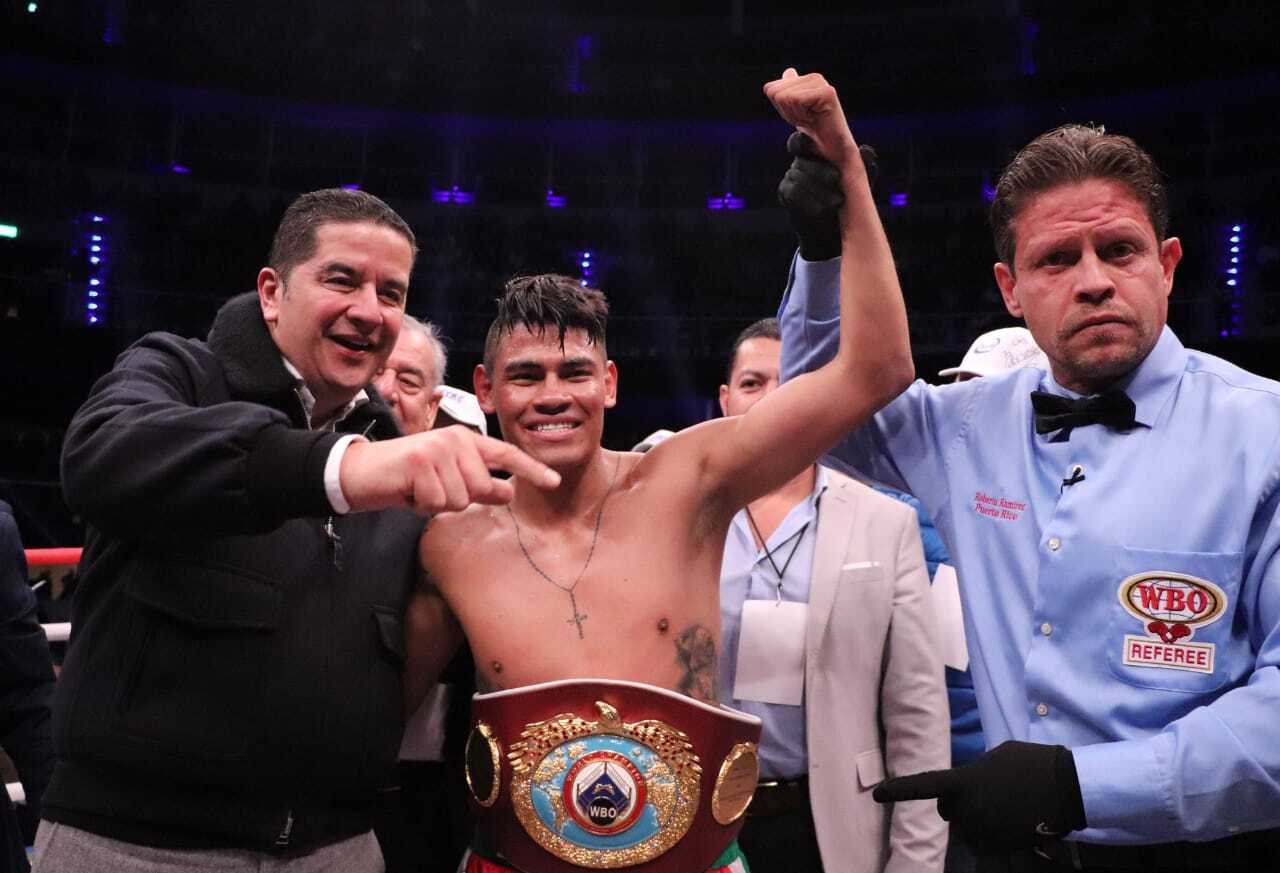 One year ago, WBO junior featherweight world champion Emanuel “Vaquero” Navarrete was a relatively unknown title challenger. He is now one of the world’s premier fighters and boxing’s most active world champion.

Navarrete (30-1, 26 KOs) knocked out Francisco “Panchito” Horta in the fourth round at Auditorio GNP Seguros in Puebla, defending his title for the fourth time in seven months. He has won 25 consecutive fight dating back to 2012.

Horta (20-4-1, 10 KOs) saw his 13-bout unbeaten streak come to an end. Navarrete dethroned Isaac Dogboe to win the title last December and knocked out all four of his opponents in 2019, including in May’s rematch versus Dogboe.

“I feel very happy to have been able to defend my title in front of my people. December 8 will be my one-year anniversary as a world champion, and I can’t be happier with everything I achieved this year. It was a very productive 2019,” Navarrete said. “All the sacrifices I’ve made have been worth it. I have seen the improvement after each fight, and I want to continue improving so 2020 will be even better. That is why I will continue to work hard.”