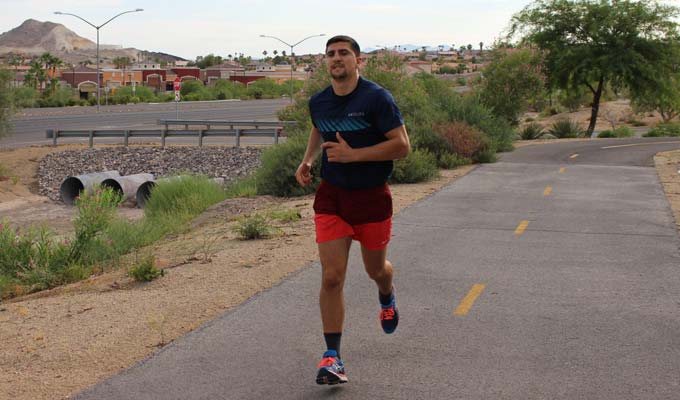 It is time for business. Marco Huck’s (38-2-1, 26 KOs) preparations for his upcoming fight are well and truly under way. The reigning WBO Cruiserweight Champion will take on Krzyzstof Glowacki (24-0, 15 KOs) from Poland on August 14th. It will be the first time that the two Europeans have fought on American soil, when they step into the ring at the Prudential Center Newark, New Jersey. And to ensure that defense number 14 will be as successful as his previous fights, the 30-year-old has chosen to hold his camp under the burning sun of Nevada.

“I have been in Las Vegas since June 25th”, said Huck. “I used the first weekend to adjust to the nine hour time difference, however my coach and I began working full on last Monday.”

Although the champion has been outside of the ring for almost a year his fitness is proving to be no problem at all. “I have kept myself fit over the last ten months to ensure that I don’t lose my stamina, hence I was able to get back into the training rhythm immediately. The only thing that is exerting at the moment is the intense heat. Temperatures rise to 113 degrees during the day and even when the sun sets and I go for a run with my coach, it is still 98 degrees. I am drinking more than eight liters (two gallons) of water a day.”

The current WBO-Super-Champion is convinced that the extreme circumstances of his training camp will pay off. “I doubt that a lot of European fighters would opt to come to the dessert to prepare themselves. But I am certain that the burning sun and the dry dessert will add to my firepower which Glowacki will ultimately get to feel come August 14th.