Provodnikov:If I have to die in the ring to win, that is what I will do. Is Algieri willing to do the same? 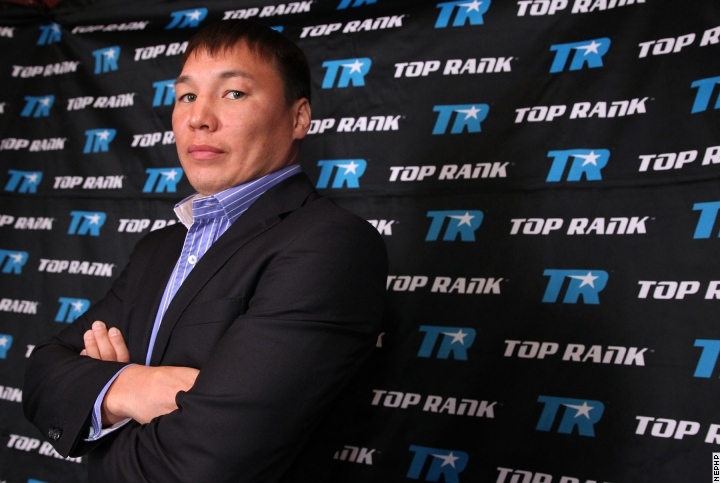 “The Siberian Rocky” had a chilling message for unbeaten challenger Algieri.

Ruslan Provodnikov: Algieri seems like a smart man and I expect him to be a smart boxer. We’ll see how practical his boxing theories are in the ring on Saturday. If I have to die in the ring to win, that is what I will do. Is Algieri willing to do the same? He had better or he will not defeat me. I do not like fighting boxers who do not engage, like Algieri, but I am used to it. I will chase him and hunt him down. I am a hunter when I am in the ring.

Freddie Roach: He may be undefeated, but Chris Algieri has never faced anyone like Ruslan. He may be a good student in school, but Ruslan will be teaching Algieri a crash course on how to lose on Saturday night. Ruslan is going to pour everything he has into this fight. His sole mission is to turn out Algieri’s lights.

Chris Algieri: Pressure has always made me step up to the competition. I prepared, I am in shape. Fight night, I am going to show who I really am. Ruslan has this great power in his punches but if you can’t land them, the power really doesn’t matter. I have to go out there and control the center of the ring. Push the pace and go out there and use my boxing IQ. I have been preparing for the power by not getting hit. I am not much into prediction but all I can on Saturday, “AND THE NEW….”

Provodnikov-Algieri takes place This Saturday, June 14, at Barclays Center. The fight will be televised live on HBO Boxing After Dark, beginning at 10:00 p.m. ET/PT. The co-main event will feature Andrade-Rose. A replay of Cotto-Martinez will also air on the telecast.