Alberto Machado Crushes Juan Jose Martinez in One Round 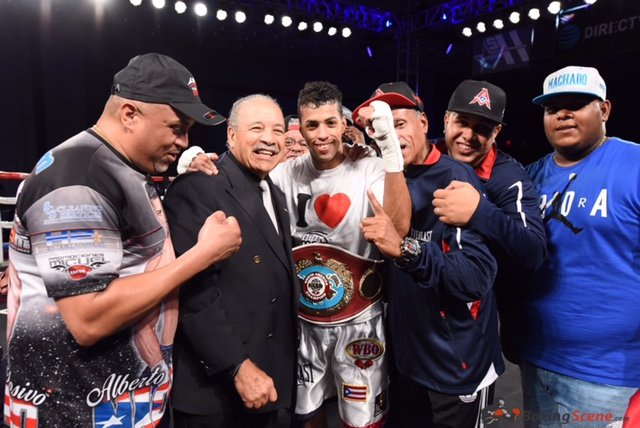 The Puerto Rican knockout artist raised his record to 17-0 and 15 KOs, with a first round knockout of experienced Mexican fighter Juan Jose ‘Piquet’ Martinez (26-4 and 18 KO’s). The ten round bout was part of a co-promotion with H2 Entertainment, that will be part of the DIRECTV Boxing Nights series.

The Mexican boxer Martinez visited the canvas twice ‘ before the referee of the match Jose H. Rivera decided to stop the fight.

Machado is viewed as a serious contender to the super featherweight title. And with each presentation Machado comes out showing great skills and a powerful punch. His opponent, Martinez, led another Puerto Rican fighter, Félix Verdejo, to the fifth round before getting stopped in a June 2016 clash.

“This fight is extremely important for Machado, not only for his hand to get raised high but also his NABO crown and he is classified within the first ten in the world at 130 pounds. We know that Machado has the potential and the skills,” said promoter Héctor Soto.