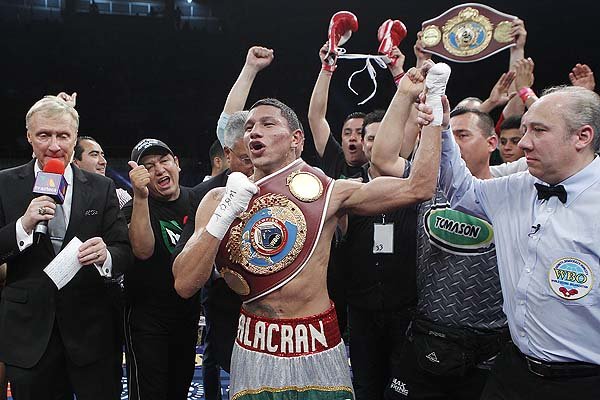 WBO #1 rated mandatory junior lightweight challenger Miguel Berchelt (29-1, 26 KOs) scored a brutal sixth round KO over #3 rated George Jupp (13-2, 4 KOs) to claim the vacant WBO interim 130lb title on Saturday night at the Polyforum Zamná in Mérida, Yucatán, Mexico. Berchelt was in command from the opening bell. He dropped Jupp in rounds four and five, then finished him with a third knockdown in round six. Time was 1:55.

Berchelt was originally scheduled to challenge WBO champion Rocky Martinez, but Martinez pulled out with an injury. Jupp, who was already preparing for an April 2 fight in England, stepped in on short notice.