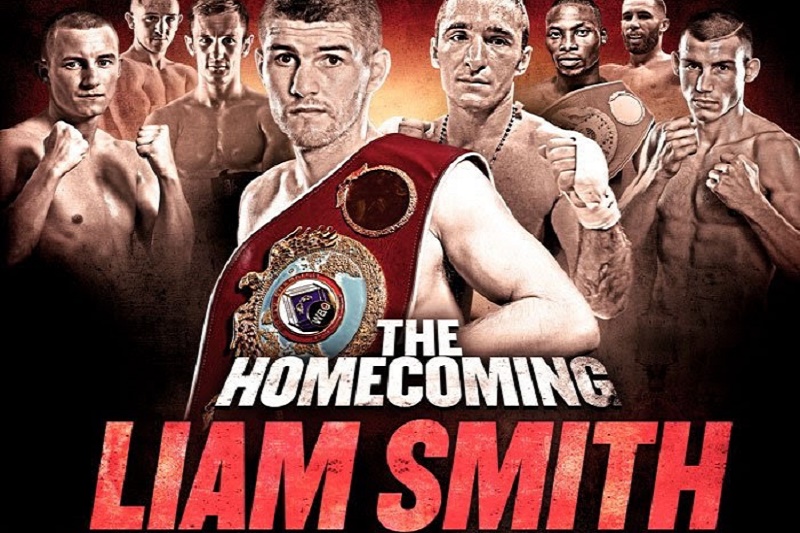 Merseyside maverick Liam Smith makes a hero’s return to Liverpool this summer to make the second defence of his WBO World Jr. Middleweight title against Montenegro’s Pedrag Radosevic at the Echo Arena on Saturday 4th June, live and exclusive on BoxNation.

Radosevic, who is number 11 with the World Boxing Organization and holds the body’s European title, is on a red-hot three-fight winning streak since losing his unbeaten record at the hands of WBA Super-Middleweight Champion Felix Sturm in July 2013.

The man from Podgorica in Montenegro holds a top record of 30 wins from 31 fights, 11 coming via knockout, in a career spanning 12 years. 31 year-old Radosevic will be looking to cause an upset on his debut on British soil and is a step-up in class for the undefeated Smith.

His finishing was as emphatic as his game plan. A brutal right-hand, left hook combination finished Thompson just past the halfway point in the seventh.

Following his sensational performance against Thompson, Smith returned to the Manchester Arena two months later to make the first defence of his newly attained title against Mancunian Jimmy Kelly on the undercard of Billy Joe Saunders’ world title showdown with Andy Lee.

In the first Manchester versus Liverpool world title showdown in over 80 years, Smith blasted out his unbeaten rival with another seventh round stoppage. After emphatically announcing himself on the world stage ‘Beefy’ is now looking forward to making a hero’s return to his beloved home city.

Smith said: “I’m looking forward to fighting back at home. I haven’t boxed in Liverpool since I won the world title and I can’t wait to put on a show for my home crowd; there’s nobody better to fight in front of.”

He added: “It’s a great fight for me. I asked for this opponent for my first defence. He’s a good solid European fighter and he’s only lost to Felix Sturm at middleweight so it’s a good voluntary defence. I’m happy with the opponent.”