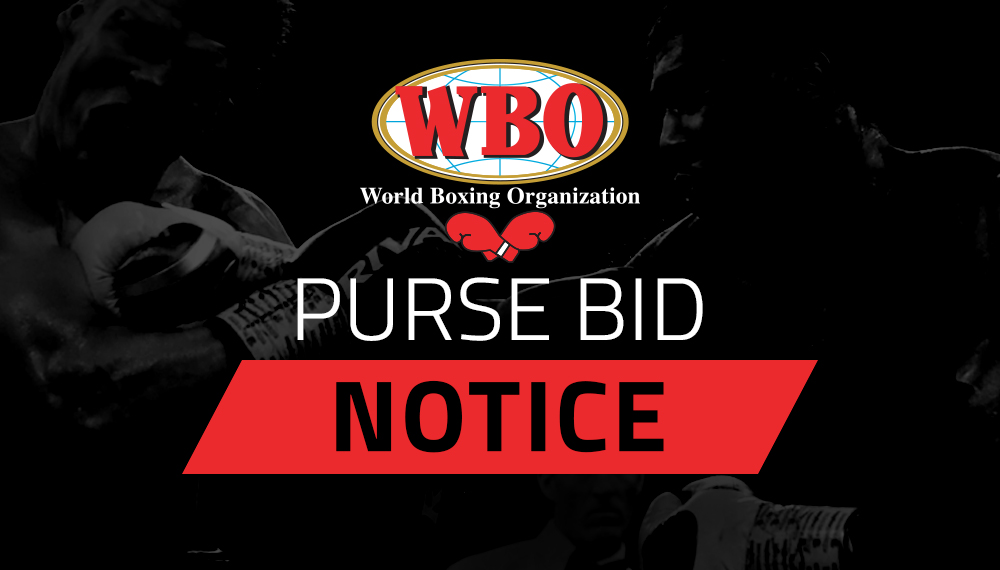 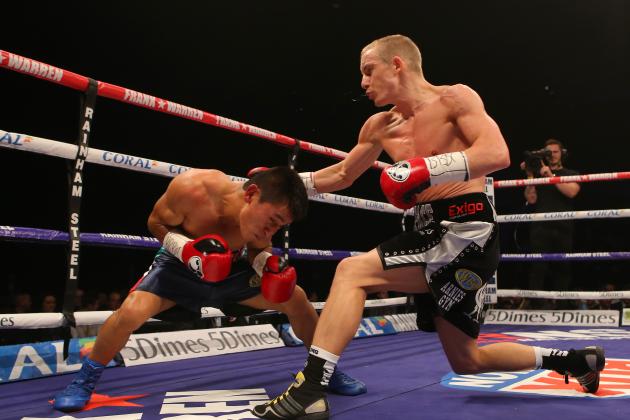 Paul Butler (21-1, 12 KOs) did exactly what was expected of him against little-known Sebastian Sanchez (12-2, 9 KOs) on Saturday night at the Echo Arena in Liverpool, England, controlling the bout and showing some fine technical skill in earning a ninth-round KO victory and the vacant WBO International Super Flyweight Championship.

The 27-year-old looked the better boxer from the opening bell, quickly establishing a jab, working the body and only occasionally struggling to find his range. Despite suffering an apparent injury to his right hand, he used it to set up his winning punch, following a right hook with one from the left that connected with Sanchez’s abdomen and sent him crashing to the mat in pain for the body-shot knockout.

The win was even more impressive because Butler had little to no scouting report on Sanchez.

“I tried to find him on YouTube and couldn’t, there’s nothing there,” he said, per the Liverpool Echo‘s Micheal McKenna. “I know literally nothing about my opponent.”

The strong showing was Butler’s fourth consecutive win since losing to Zolani Tete last March via seventh-round TKO in a bout for the IBF world super flyweight title. Butler, who had previously won the IBF world bantamweight strap, has been on the comeback trail ever since, looking to build up his credentials for a shot at another world title.

Operating with a distinct size advantage, he kept his range and established the jab early on. Sanchez lacked the power and snap to back up the Ellesmere Port fighter, though he occasionally made inroads early on with a decent left hook.

Sanchez made sure Butler had to work to get his shots in, zipping around the ring and causing more than a few shots from the Englishman to come up empty. Sanchez’s own offense, however, was in short supply.

Butler really started to dig in and find the range on his power shots in the middle rounds, per BoxNation:

The Englishman’s work rate dipped after the sixth, and he appeared to have hurt his right hand in the fray, wincing after a few punches in the eighth round.

The bad hand was of little consequence, as he had done well to bank rounds early on and simply spent the latter portion of the fight measuring up the overmatched Sanchez. Rather than allow the fight to drag on too long, Butler slipped in the left hook just below the ribcage and crumpled Sanchez for the KO win. Sanchez’s pain was so obvious that he couldn’t even make the 10-count, per BoxNation:

It was a workmanlike performance from Butler, but the fresh-faced pugilist should be intent on upping the quality of his opposition from here on out. Prior to the bout, he expressed an interest in taking on Jamie Conlan, the undefeated WBO intercontinental super flyweight champ from Belfast.

“The fight with Jamie Conlan has been talked about for a long time now; hopefully it can be made but if it doesn’t, we’ll push on and box for the world title instead,” he said, per McKenna.

If he can’t secure the Conlan bout, at least one boxer is chomping at the bit to challenge him. Undefeated super flyweight Khalid Yafai insists that Butler, among others, is unwilling to step into the ring with him.

“None of my British rivals want to fight me,” Yafai said, per the Chester Chronicle‘s Jim Green. “I want the Butler fight and I know that I would win it. Those two will probably fight each other now but, let’s be honest, that’s only to find out who is No. 2 behind me.”

Butler has his heart set on challenging Conlan, but Yafai could make for a challenging scrap and would far and away be Butler’s toughest test since his loss to Tete thwarted his shot at a second world title and sent him back to rebuilding his standing in the super flyweight division.

Though either boxer would be a huge step up for Butler, a fight with Conlan seems like the bout that’s more likely to materialize as Butler follows the path he thinks is best toward earning another chance at a world title.