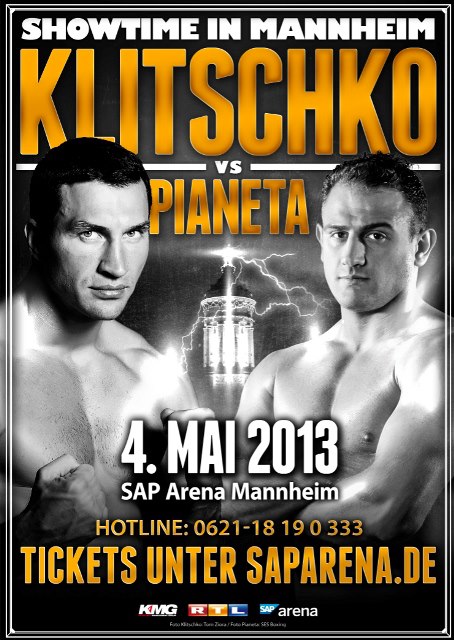 WBO Francisco “Paco” Valcarcel announced today the referee and judges who will work this Saturday’s world title fight between Wladimir Klitschko and Francesco Pianeta to be held at the SAP-Arena in Mannheim, Germany in a K2 Promotions presentation. The referee will be Ernest Sharif from United States. Judges will be Patricia Morse Jarman and John Lawson, both from United States, and Roberto Ramirez Sr., from Puerto Rico. The WBO supervisor will be Paco Valcarcel himself.