The bout will take place at the Chesapeake Energy Arena in Oklahoma City, as part of a boxing evening presented by Top Rank.

Gary Ritter of Oklahoma, will be the referee of the fight. Ritter, who has worked as a referee in professional boxing for 17 years, has been the third man in the ring for world title fights in Japan, Mexico and the United States.

Javier Álvarez, of Texas, David Sutherland, of Oklahoma and Levi Martínez, of New Mexico, were appointed judges for the bout.

The WBO supervisor will be Richard De Cuir, of Sacramento, California.

For Ramírez (37-0, 25 KOs), this will be his fourth defense of the title he won at the MGM Grand Garden Arena in Las Vegas on April 9, 2016. That night, he defeated German Arthur Abraham via unanimous decision.

Angulo (23-0, 20 KOs) became WBO Latino champion in Mexico with a second round TKO over local favorite Ronald Mansilla. The Colombian returned to Mexico for his second title defense in February, and knocked out Evert Bravo in the first round.

Ramírez-Angulo will be televised live on BoxNation, ESPN and ESPN Deportes at 9 p.m. ET.

OKLAHOMA CITY (June 27, 2018) – The Azteca Boxing Gym in Oklahoma City hosted a media workout for the biggest fight card to hit the city in years.

“I am very excited to be in Oklahoma because since I arrived in the city I have been feeling the love and good vibes of my countrymen, from the fans and from the family of Saucedo. Everyone has shown their support.”

“The weather in OKC is like the warm weather of my hometown of Mazatlan, Mexico.”

“I feel that there will be a lot of Mexicans fans supporting me in the arena on Saturday night and that motivates me a lot. I come well prepared to defend my title and bring it back to my country.”

“I want to give the fans a good fight, and I want to show that I am the best fighter in the division.”

“I’ll give my best. I can assure that the fans will be very happy with the fight. We’ve worked to take the title to Colombia. It’s a long trip and it’s been a strong preparation, so taking the title home is the least we expect.”

“Ramirez is a great world champion, which is why I think it will be an interesting fight. I’m sure he will also be prepared to give his best. I know it will be an excellent fight.” 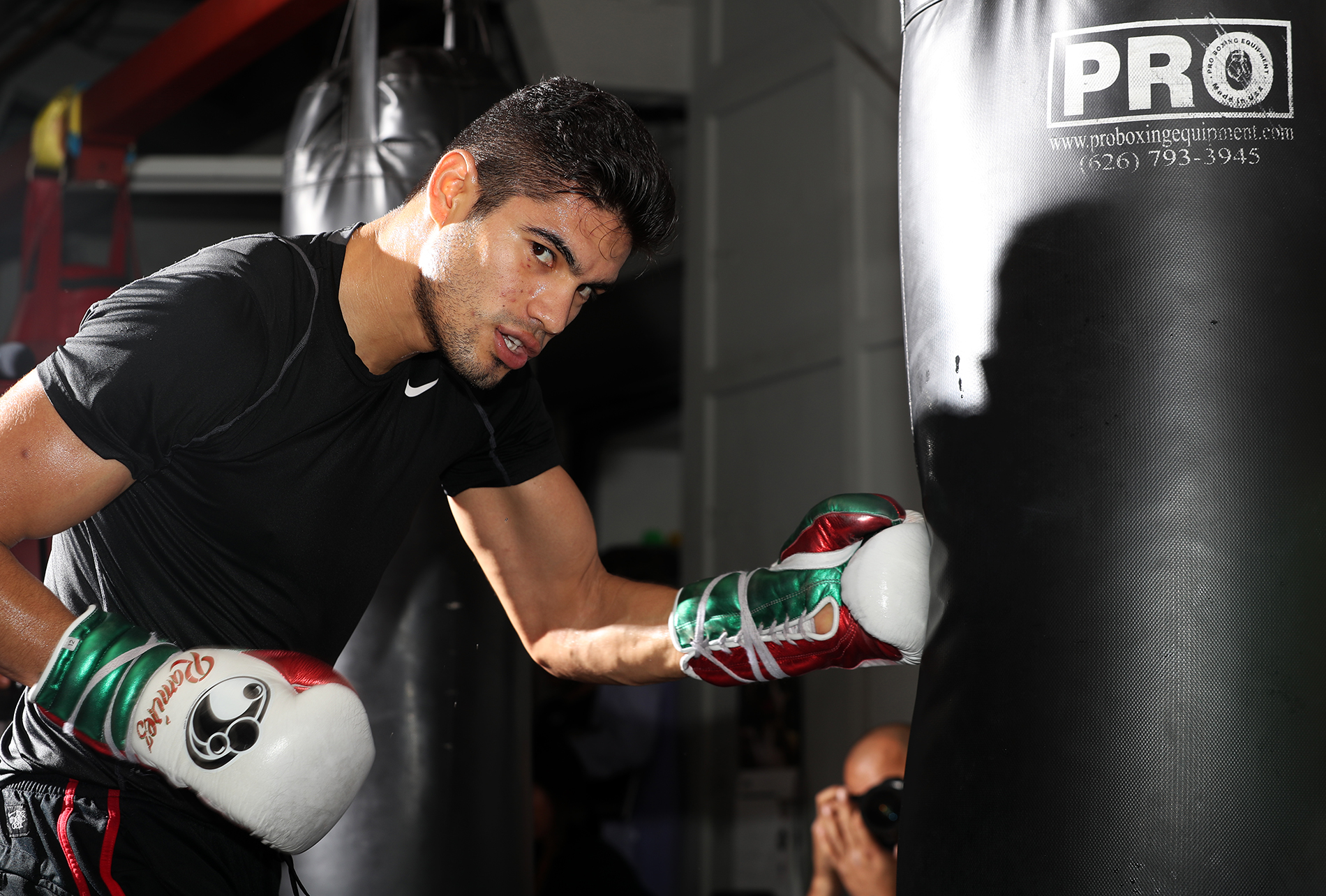 “We’ve seen a couple of tapes. He’s a big puncher. He has a good record, and I have been preparing very hard for him. I’ve been doing a lot of sparring with different guys, and I’m ready to put on a great performance for Oklahoma City and the people watching on ESPN.”

“He’a dangerous fighter because we don’t know what he brings. Like I said, I prepared really well for this fight. We don’t know what kind of strategy he brings to the ring, so we’re preparing with different styles.”

On the super middleweight division

“I am looking for unification fights. That’s what I want. But first things first. We have a tough fight with Angulo, and after that, we are looking at any of those fighters. Let’s do it. Let’s make it happen.”

On being active after a long layoff

“For me, being more active is helpful. I like fighting three or four times a year. It makes me feel good and motivated. If you don’t fight enough, it hurts you in the ring.”