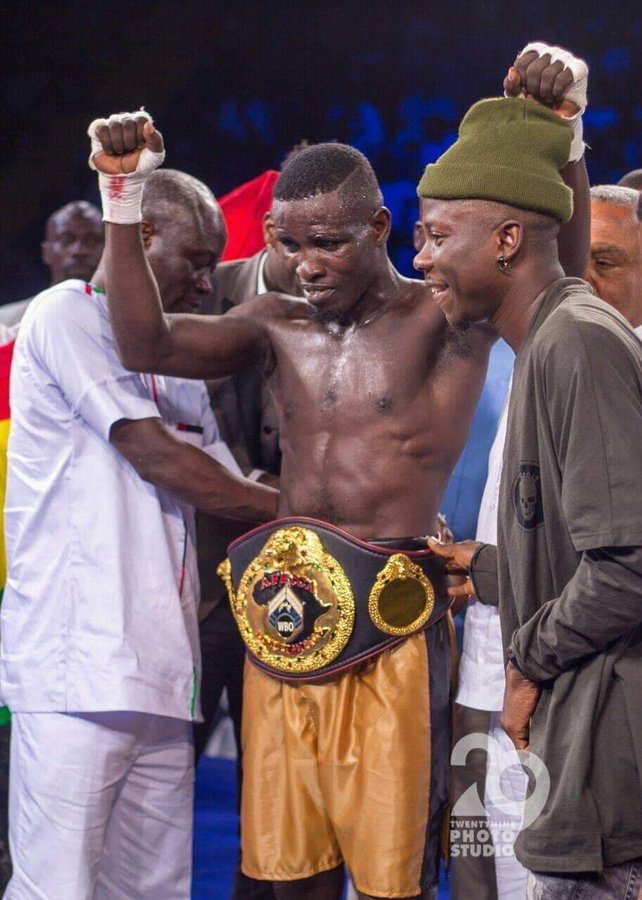 Ghanaian WBO Africa Champion Obodai Sai returns for the first time in 2019 to face Mardochec Kuvesa Katembo from the Democratic Republic of Congo in what has been termed as the ‘Battle For Supremacy’ on August 9th at the plush La Palm Royal Beach Hotel in Accra.

Sai (35-3-0, 26KOs) became a Two-Time WBO Africa Champion on Dons Promotion premier show at the Bukom Boxing Arena in December 2018. This will be his first defence after winning the strip against France Ramanolu from South Africa.

Katembo (13-2-0) comes into this fight knowing he’s also won against Sai’s old foe Ramanolu. The 25 years old boxer has already indicated that he is coming to Accra, Ghana to win and move on to become a continental champion.

One interesting fact about the bout is that, both Sai and Katembo all won by Unanimous Decision when they faced Ramanolu in December 2018 and June 2019 respectively.

‘The Battle for Supremacy’ has other under cards that boxing fans can not miss. John Laryea aka ‘The Expensive Boxer’ from Bronx Gym at James Town will clash with Ezekiel Annan for the Ghana National Featherweight Title.

John ‘Expensive Boxer’ Laryea has a record of (4-0 -2 KO’s). He is a fantastic boxer who is consistently carving for himself a great image and a strong brand. He last fought on March 6, 2019 which he won against Issifu Sulley by a unanimous decision.

Ezekiel Annan boasts of a record of (7-5-1, 6 KO’s). With six of his seven wins coming by way of knockouts should tell you that Ezekiel is a great puncher. His last fight against Sherif Mohammed on February 23, 2019 ended in a draw.

The signing took place at the offices of Don’s Promotions in Accra.