Kovalev vs. Chilemba on BoxNation on 7/11 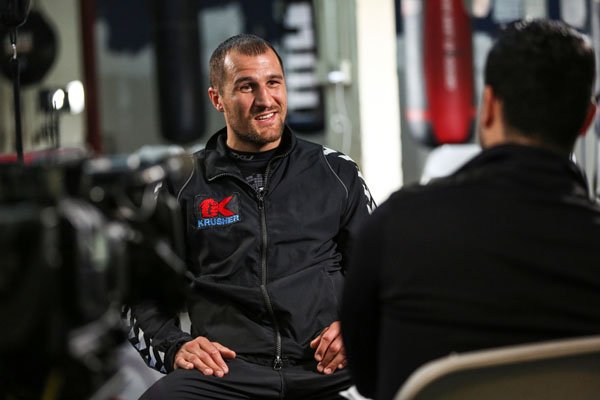 The undefeated and unified light-heavyweight world champion will be looking to add to his impressive destruction of the 175-pound division when he takes on the well-schooled Chilemba, who, despite three points losses has never been stopped in 29 fights.

The iron-fisted Kovalev on the other hand has racked up 26 knockouts in his 29 wins and will be out to do what no one has done before by knocking out Chilemba in front of his home fans at the DIVS Arena in Yekaterinburg, Russia.

33-year-old Kovalev is lined up to face Andre Ward later this year in a super-fight but Malawi born Chilemba is looking to crash the party and is hoping that the Russian has unwisely overlooked him.

Kovalev, however, has stated he will be raring to go come fight night when the two clash exclusively live on ‘The Channel of Champions’.

“I am so excited to fight in my home country of Russia,” said Kovalev. “It gives me great pride to bring my titles home at last. I would like to thank my manager, Egis Klimas, my promoter Kathy Duva and Igor Altushkin of Russian Copper Company for making this dream of mine a reality. Chilemba is a tough opponent and I will be ready for him on July 11.”

Chilemba, with 24 wins on his record, is undaunted at sharing the ring with one of boxing’s most feared punchers.

“I have met a lot of obstacles and every time I think I’ve got it right, I fall again, but I know my goals and I never stop following my dreams,” said Chilemba. “When I received a call from my manager Jodi Solomon regarding this opportunity, I was over the moon. I thank Sergey and his team for putting their titles on the line to face me, all I want to say to them is: they are in for a surprise; they gave the wrong guy an opportunity. I’ll work my ass off and I’m in it to win it! Russia here we come!”

Jim McMunn, BoxNation Managing Director, said: “This is a really intriguing fight because Sergey Kovalev cannot look too far ahead when he faces Isaac Chilemba. We have seen it many times in the past when fighters have overlooked opponents that are immediately in front of them and paid the price. There is no doubt that Kovalev is one of the most exciting and biggest punchers around so we are delighted to have him back on BoxNation.”