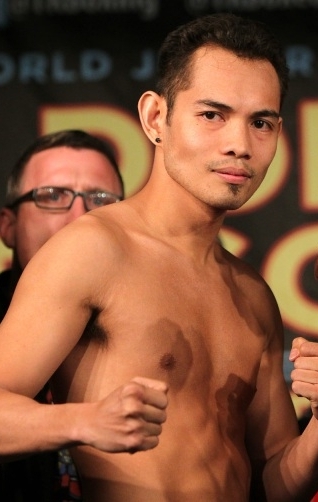 Former WBO, Ring Magazine and WBC Diamond super bantamweight champion Nonito “The Filipino Flash” Donaire knew all along that his friend Mikey Garcia would be “too good and had too much power” for former two division champion Juan Manuel “Juanma” Lopez and the possibility of a fight with Lopez for the vacant title if he had won was far-fetched, even though Lopez had announced he wanted to fight Donaire after Garcia.

Donaire told BoxingScene.com/Manila Standard that Garcia is likely to move up in weight because he has had a hard time in making the 126 pound limit but after his 4th round demolition of Lopez, Garcia appeared to have a change of heart.

The younger brother of 2012 “Trainer of the Year” Robert Garcia, who also trains Donaire, had lost his title on the scales when he came in two pounds over the featherweight limit and had to pay a penalty of $150,000 to Lopez who had originally demanded $200,000.

Garcia who reportedly entered the ring at 142 pounds compared to Lopez’ 137.5 said he had failed to make the 126 pound limit because he had missed several days of training and was undecided on whether to stay at 126 or to move up to 130.

Donaire told us a possible fight with Juanma “is out” and that if he has “to go up in weight, I go up but I hope I can get a rematch with Guillermo Rigondeaux” who scored a stunning twelve round decision over Donaire at the Radio City Music Hall in New York last April 13. “it would be better.”

Donaire said he has been training but “nothing hard, just building the body.” He said his shoulder “is coming along well” following surgery after the Rigondeaux fight to remove a bone spur and to mend two torn ligaments.

The undefeated Garcia dropped Lopez with a right straight in round two and sent Lopez crashing to the canvas with a big left hook in round four and referee Raphael Ramos called a halt at 1:35 of the round before a crowd over 5,600 at the American Airlines Center in Dallas, Texas.