Nonito Donaire: Left Hook is the Most Devastating Punch in Boxing 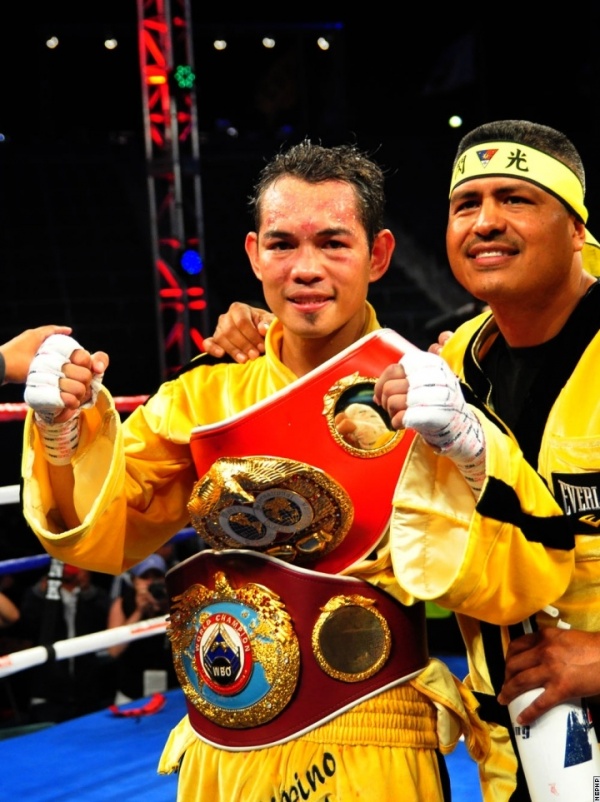 Nonito Donaire’s crushing left hook is reminiscent of the Thomas Hearns right cross of the 1980s.

The term ‘pound for pound’ is used in boxing to describe a fighter’s abilities in relation to other fighters of different weight classes.

As these fighters do not compete directly, judging the best fighters pound for pound is subjective to numerous criteria and interpretation.

If there is such a thing as the most devastating punch pound-for-pound, Nonito Donaire’s left hook would get top honors.

Simply put, it’s the most feared, most devastating punch in boxing, pound-for-pound.

It was scary enough when Thomas Hearns, a 147 lb welterweight, could anesthetize opponents with one straight right – The same right that twice floored Sugar Ray Leonard and put many opponents to sleep. But Donaire does the same thing with his left hook at only 122 lbs

A 7-1 underdog in 2007, Nonito Donaire gained international prominence via his 5th Round knockout of Vic Darchinyan (then 28-0), one of the most venerated boxers in the world at the time.

And he did it with one punch – his pulverizing left hook.

With that mighty punch, Donaire had overcome the odds to become the new IBF Flyweight king. Not only did the bout put Nonito on boxing’s radar, the fight subsequently earned honors as RING’s Magazine’s ‘Knockout of the Year’ and ‘Upset of the Year.’

After Nonito Donaire knocked out Fernando Montiel with his signature left hook in 2011, the ‘Filipino Flash’ told reporters it was the hardest punch he had ever thrown. And many at ringside didn’t argue his claim.

Moreover, even Montiel’s supporters were overheard saying that Nonito’s spectacular left hook may have been one of the hardest punches landed in the entire history of the 118 lb division.

In his title unification bout against the steel-chinned Jeffrey Mathebula last summer, Donaire dropped his foe the first time in Mathebula’s career with a counter left hook in the final seconds of Round 4. Mathebula arose at the count of seven and staggered to his corner as the round had ended.

After the bout, Mathebula was treated for a broken jaw which was likely caused by… a Donaire left hook.\By the time Nonito Donaire fought Toshiaki Nishioka in October 2012, the Flash’s left hook was a secret no more.

Its not surprising that Nishioka, who was the most accomplished Jr Featherweight in recent memory entering his showdown with Donaire, had his right hand glued to the side of his head to protect against Donaire’s vaunted warhead.

Moreover, the Japanese superstar seemed reluctant to unleash his best punch, a southpaw-style straight left hand, for fear of the incoming artillery he might receive in response.

Donaire eventually finished Nishioka with a counter right off a lazy jab Round 9. Valiantly, the Japanese fighter arose but absorbed a nasty left uppercut and the bout was halted. Nishi’s corner ended it.

And then in December, Donaire faced a gritty cowboy in Jorge Arce.

In front of a pro-Mexican crowd of 7,200+, Donaire outclassed Arce Rounds 1 and 2 before ending matters in the third. At 2:59 of Round 3, Donaire  dropped his mind-numbing left hook, flooring his foe for longer than a 10 count.

“My left hook was my damaging punch,” Donaire said after successfully defending his RING junior featherweight championship. “It was very strong. I could land it when I wanted to land it.”

Not only is Nonito Donaire’s left hand spell-binding, he unleashes it with speed, precision and from numerous angles.

Guillermo Rigondeaux is undoubtedly one of the greatest amateur fighters of all-time and will be Donaire’s toughest test to date….

How will Rigondeaux cope with the most devastating weapon in boxing today?