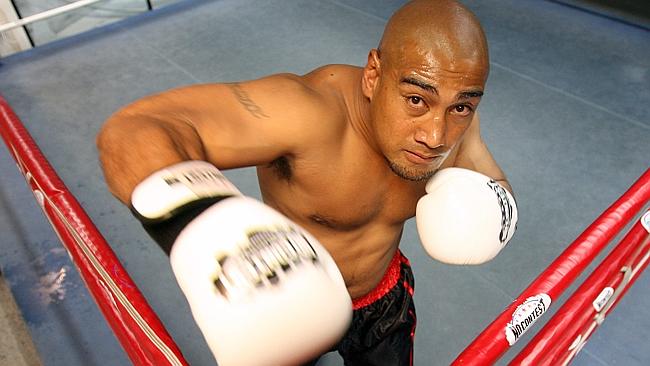 Alex Leapai is poised to live a “bat-like” existence in the days before his boxing world heavyweight title challenge to Ukrainian great Wladimir Klitschko.

Finally over a calf muscle injury, Leapai has begun sparring in the second phase of a two-stage preparation aimed at unseating the formidable Klitschko in Oberhausen, Germany, on April 26.

Hee took to the gym for a six-round workout with former NSW and Australian heavyweight champion and rugby league star Solomon Haumono on Wednesday.

But Romania’s Razvan Cojanu, who is 202cm tall, will be imported to help him prepare for fighting 198cm Klitschko, who is 15cm taller than the Australian.

Leapai’s trainer-manager Noel Thornberry said they had adopted a conservative approach in waiting for the calf injury to heal, but it hadn’t impacted on their preparations as they’d done several weeks of strength, conditioning and flexibility work.

“Seven weeks is plenty of time to prepare practically, because we don’t want to leave the fight in the gym,” Thornberry said.

Leapai will arrive in Germany seven days before the bout, but will keep unusual hours, according to Thornberry, as they draw on acclimatisation lessons from Leapai’s fight there last November when he beat Russia’s Denis Boytsov to earn his title shot.

“We do it a little bit differently, sleep when we’re tired and we eat when we’re hungry,” Thornberry said.

“11 o’clock is the time we have to step in the ring German time.

“We live a little bit like bats from the German perspective.”

Leapai admitted he had already envisioned himself winning the title.

“I’ve just got to do the hard work now and hopefully that dream does come true.”