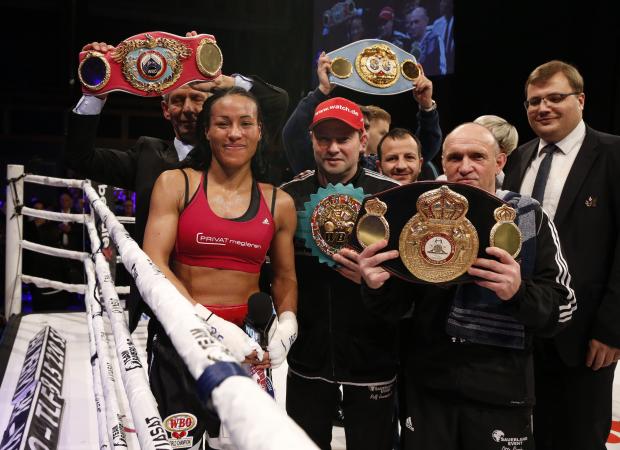 Brækhus once again proved why she is the pound-for-pound number one with a dominant display against her German opponent. ‘The First Lady’ started strongly and looked likely to stop Retzke before injuring her foot in the third-round. Despite the injury, Brækhus fought on to claim a clear victory, with the judges scoring the fight 100-90, 100-90 & 98-92.

‘’I would like to thank all the fans that travelled to Copenhagen to support me,’’ said Brækhus. ‘’I thought I could have got the stoppage but I injured my foot and had to adjust my tactics. I was unlucky, but fortunately the injury doesn’t appear to be serious. Retzke was a tough opponent but I think I showed, even with one foot, that I’m a class above.’’

Said promoter Nisse Sauerland: ‘’This was an entertaining fight and a great advert for women’s boxing. Cecilia continues to impress, she seems to get better and better with every fight. Full credit to Retzke, she came to fight, but was ultimately outclassed by Cecilia, who must now be considered the greatest female boxer of all time.’’

‘’I felt that I was always in control of the fight,’’ said Lihaug. ‘’Beroshvili is a good boxer so I couldn’t afford to make any mistakes. I had to keep calm and stick to my game plan, and that’s exactly what I did. It is a great honour to win the youth world title. This is the beginning of my journey to become a world champion!’’