It’s Nao’s sixth successful defense, and the tallies were completely same as their previous encounter with the WBO belt at stake in June of the previous year. Hanagata, fifteen years her junior, took the initiative with her opening attack, but the veteran champ, having fought since 2003, came back hard with her trademark non-stop attack in the second half. Hanagata may deserve their rubber battle. Results:  The WBO Female Atomweight Title was kept by the Champion Nao Ikeyama and held to a split draw against Saemi Hanagata.

40-year-young WBO female bantamweight champ Naoko Fujioka (15-1, 6 KOs), 117.5, impressively kept her belt when she withstood the opening attack of ex-WBC flyweight titlist Go Shindo (16-4, 11 KOs), 117.75, took back the initiative with her furious retaliation and finally pounded out a very unanimous verdict (98-91 twice and 97-92) over ten grueling rounds on Monday in Tokyo, Japan. It must be Fight of the Decade, as our people never saw such a furious give-and-take battle in female boxing history in Japan.

The opening session witnessed Shindo almost topple the defending champ with a vicious right cross twice, and the crowd sensed that the end would come soon with the challenger victorious, but it was Fujioka that displayed desperate retaliations from the second round onward. Piling up points, Fujioka finally caught up with the game and hard-punching Shindo, taller and bigger than the champ, and floored her with a solid right to the face in the closing seconds of the eighth. 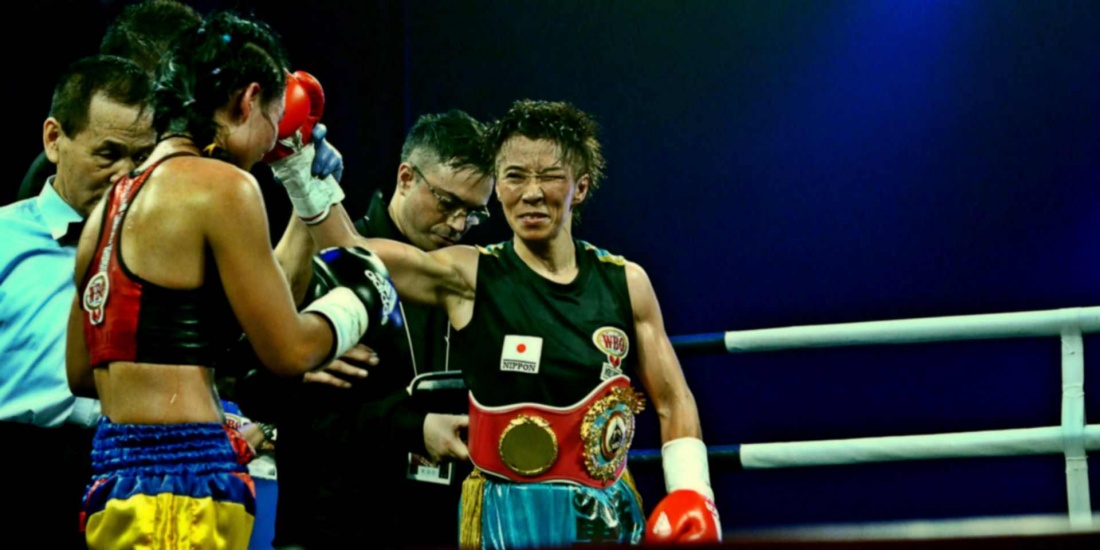 The Women’s World Boxing Championship which was held at the Stein Studios, Ratmalana ended on Saturday that pitted a defending champ against a vicious opponent and had the ingredients for a brilliant encounter.

Nao Ikeyama ,the WBO Atom-weight champion was confident from the start and did not seem swayed by her small yet ferocious opponent, Jujeath ‘Bad Girl’ Nagaowa.

Jujeath came out in to the ring with the championship belt in mind and did not falter to deliver some quick jabs and swinging around to catch the defending champ slightly surprised in the first three rounds. Ikeyama came back and found her rhythm to smartly dodge and block the fast paced jabs and came at her opponent with counters that was seemingly more efficient.

The experience of the champ showed as she watched her opponent before throwing punches but the fighting sprit of Jujeath kept the 45 year old on her toes and did not leave room for mistakes.

As the fight entered the 9th round the challenger from Philippines was trailing close behind in the judges scores but as the 10th and final round came to an end the Japanese defending champ had done her due diligence and managed to out-punch her opponent. 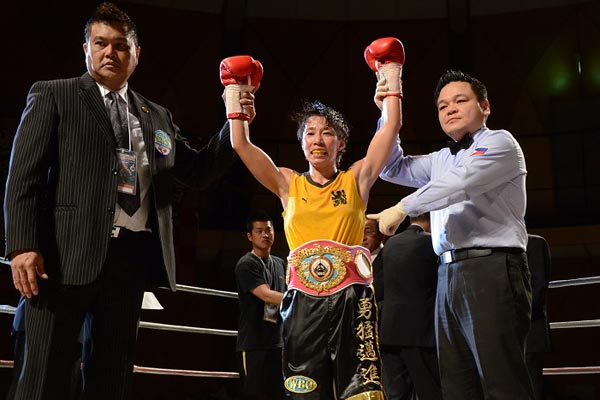 A female world title twinbill took place on Saturday in Osaka, Japan, with a couple of Japanese girls emerging victorious as new champions. Ikeyama, a middle-aged woman whom the Japanese commission (JBC) had made promise to retire upon a defeat before the bout, became a Fighting Harada, as she kept throwing punches so continually in every round entirely in the combat. Where did the 44-year-old lady’s abundant stamina come from? Though the hard-punching Pagaduan dominated the opening session by a slight margin, Ikeyama fully opened her engine from the second round onward, whipping and battering the game opponent upstairs and downstairs thereafter. Danrex Tapadasan, a good referee from the Philippines, might have stopped the one-sided contest early especially in round nine when Ikeyama so incessantly kept punching the fading foe with an effective two-fisted attack.