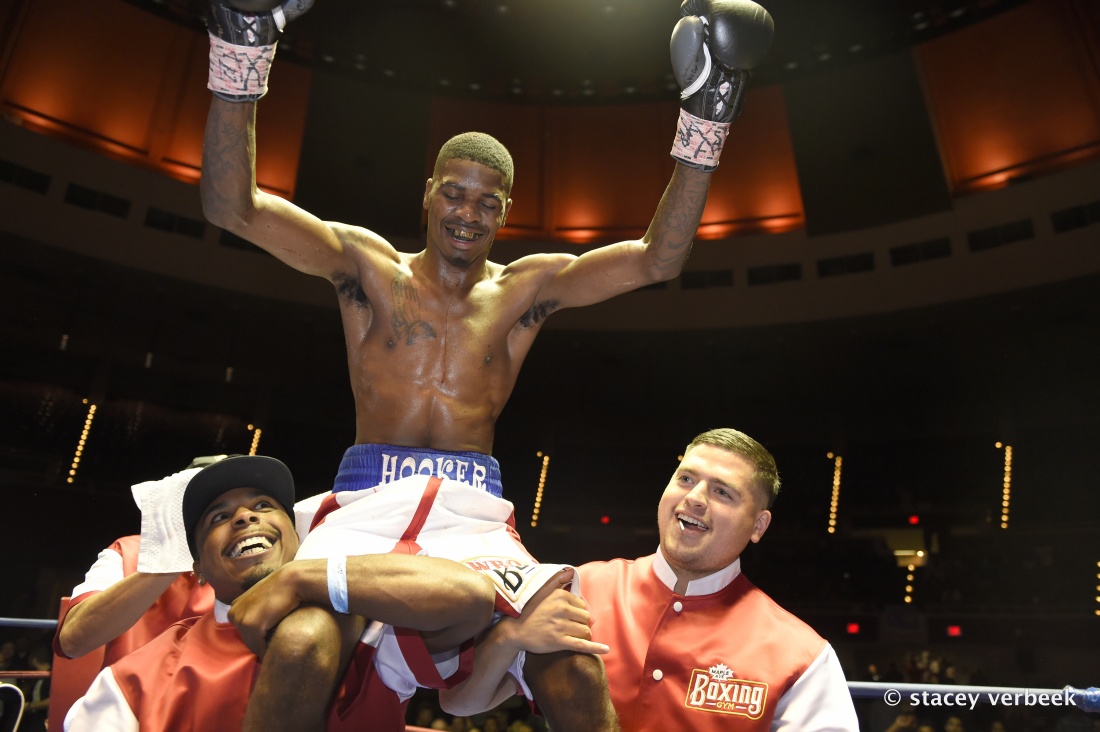 It’s been 37 years since I covered my last fight.

It’s been 47 years since the city of Dallas hosted its last title fight.

I figured Friday night was a good time for both of us to end our droughts.

So I wandered over to Kay Bailey Hutchinson Convention Center to watch Maurice Hooker, a local kid, win the North American Boxing Organization’s junior welterweight title with a sixth-round TKO over Eduardo Galindo. It was the first title fight in Dallas since Curtis Cokes, another local kid, defended his welterweight title against Willie Ludick in 1968.

Both fighters entered the ring without defeats, but the night ended with Galindo sitting on his stool after five rounds with blood gushing from a cut over his right eye. The ring doctor stopped the fight.

Hooker improved to 18-0-2 while Galindo fell to 10-1-1. Hooker brought 13 knockouts into the ring and Galindo seven and the first round was a showcase of two fighters who could punch. Heavy blows were landed by both fighters. But Hooker focused on his boxing in the second round and took control of the fight.

Galindo came into the fight heavy at 151 pounds – 11 more than Hooker – and wanted to showcase his power. A frustrated Galindo twice challenged Hooker to stand there and fight, once in the second round and again in the fourth, but Hooker picked his spots and landed all the punches of consequence over the final four rounds.

The victory guarantees Hooker a spot in the world rankings. I doubt I’ll go 37 more years again before I see my next fight.