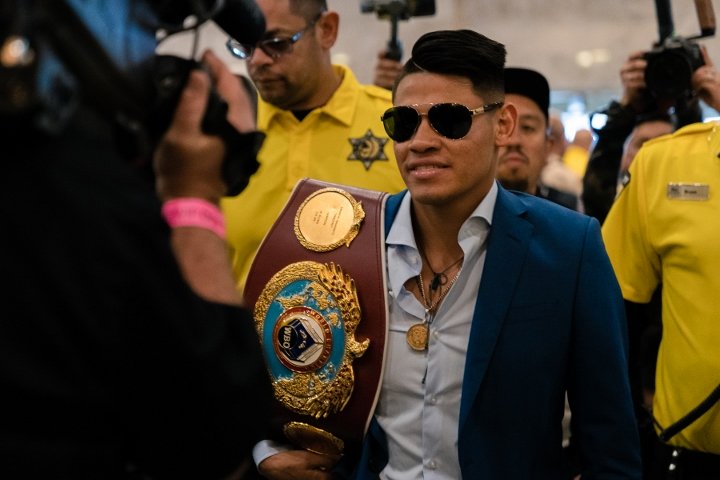 Emanuel ‘Vaquero’ Navarrete has already made it clear that a fight against Japanese superstar Naoya ‘Monster’ Inoue would keep him at 122 pounds for the moment. Now the Mexican champion assures that the ‘Monster’ would not have a lot of possibilities in victory against him since “he is very clam, soft” inside the ring.

The World Boxing Organization Jr. Featherweight World Champion reiterated his desire to face Inoue before moving up to featherweight.

Navarrete (32-1, 28 KOs) is coming off a stay-busy fight. He he defeated Uriel López on June 20 in Mexico City to secure his sixth victory since December 2018, when he beat Isaac Dogboe to be crowned champion.

“I would do well against Inoue, thanks to my ferocity and dedication. You guys saw Dogboe, who I can’t say is Inoue, but he was greatly feared at super bantamweight at the time and when I was told about the fight I took on the challenge knowing he had flaws and shortcomings. I used took my ferocity, my will and my come-forward punching,” said Navarrete to ESPN Deportes.

“Inoue, and I say this with much respect, I do not see a lot of possibilities of winning [against me], I view him as very docile, soft. I don’t think he can take what Dogboe put up with, and so it’s like a bonus. [Inoue] is fast and has good combinations, but Dogboe connected on me and he did not hurt me. Comparing them, I don’t give Inoue as many possibilities [to win]. ”

Inoue (19-0, 16 KO) is considered to be one of the best boxers in the world. He was scheduled to face WBO world champon John Riel Casimero in a unification fight before the coronavirus pandemic hit. That contest would have been his first under a promotional deal with Top Rank.