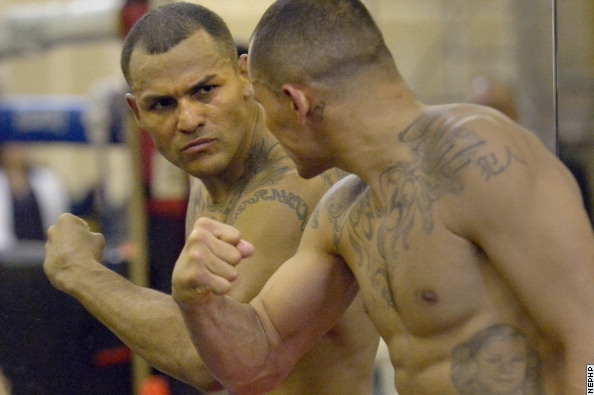 Denver’s very own homegrown world champion “Mile High” MIKE ALVARADO  continues the hard grind for his Saturday’s fight against RUSLAN PROVODNIKOV. Alvarado (34-1, 23 KOs) will make the first defense of his World Boxing Organization (WBO) junior welterweight title against Provodnikov (22-2, 15 KOs) at the 1STBANK Center in Broomfield, Colo.  This marks the area’s first world championship fight featuring a local fighter since September 15, 2000. Alvarado vs. Provodnikov will be televised live on HBO World Championship Boxing®, beginning at 9:45 p.m. ET/PT.  It will be the first time HBO has ever televised a fight live from Colorado. http://www.boxingscene.com/photos-alvarado-continues-grind-provodnikov–70676 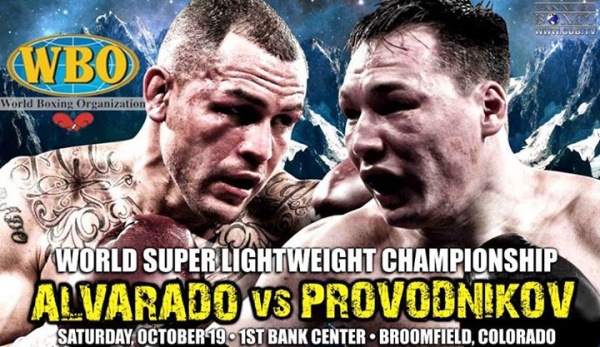 Mike Alvarado: “This fight has ‘war’ written all over it…there’s a chance this fight could turn into that. I have a good game plan. I know I’m going to box the way I need to to win this fight, but you never know. This fight could always turn into a crazy war.”

Ruslan Provodnikov: “I am ready for anything. I can also box. I don’t think anybody can run from me and I don’t think he will box as well as he thinks.”

Bob Arum: There’s not much I can say as a promoter. I don’t have to sell this fight. Anyone that knows anything about boxing knows that going in this fight is going to be a candidate for fight of the year. Two great warriors, two guys that entertain the public, you don’t need a sales pitch for this one. https://www.sravni.ru/kredity/moskva/