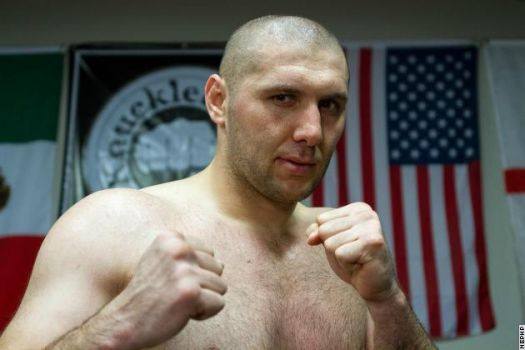 Sampson Boxing VP Nathan Lewkowicz has confirmed via Twitter that fallen heavyweight contender Magomed Abdusalamov has suffered a stroke while fighting for his life in a medically induced coma at Roosevelt Hospital in New York City. Abdusalamov had to have emergency surgery to remove a blood clot, and part of his skull had to be removed to reduce swelling.

In addition, the family of the 32-year-old Russian boxer who earned $40,000 for his HBO-televised fight against Mike Perez Saturday night at the Madison Square Garden Theater, are facing staggering medical bills for Magomed’s treatment.

Sampson Lewkowicz, promoter of Abdusalamov, along with promoters Leon Margules and Lou DiBella, and with help and support of others in the industry, are establishing a fund and to donate and raise funds to help alleviate the financial burden the unfortunate brain injury Abdusalamov suffered Saturday night has placed on him and his family.

Abdusalamov’s family, including his wife and father, brothers, and three young children, along with his manager Boris Grinberg are keeping constant vigil at the hospital. He has also been visited by his entire promotional team.

Deeply saddened by the unfortunate twist of fate that has befallen his fighter, Lewkowicz says he is happy to have already received so many offers of help, including one from middleweight world champion, Sergio Martinez.

“We cannot, as a boxing family, turn our backs on the brave men and women who compete in our sport when they need us most. We are going to do everything possible to help him get back on his feet. Magomed will never fight again, but he is a good man and a brave man with a nice family. We are going to make sure they all pull through this intact. That is the right thing to do. Every dollar will help.”

The Magomed Abdusalamov Trust is currently being set up. In the meantime, donations can be made two ways:

Or via check, mailed to: