Ishida Warns Pirog: I’m Coming To Russia For The Win!

“I want to thank Dmitry Pirog and his promoters for the opportunity to compete for the world championship of the WBO. I know that Pirog is a very good boxer. He has good skills and punching power, but I’m going to Russia for the win. I am ready to fight, confident in my abilities, and I’m sure that I will win. I will train very hard. I believe in myself and my team. I guarantee that you will see a great fight on May 1,” Ishida said.

Hammer had predicted a knockout victory, and with this in mind Tshabalala took the fight on the inside to avoid the long range and hard straight shots from the German, who adjusted nicely and countered with hooks and uppercuts. Tshabalala had her best moments in rounds six and seven, and seemed to be catching her second wind, but Hammer was back on top in the final three rounds, making Tshabalala miss and pay for her mistakes.

As the final bell sounded the South African appeared happy to have survived all ten rounds, and there was never any doubt about who would be awarded the verdict. Christina Hammer had once again proven her superiority in the middleweight division, and status as one of the pound-for-pound best female fighters in the world.

The fight was promoted by Ulf Steinforth and his SES Boxing, and was broadcasted live worldwide on www.bild.de. The card also featured a championship fight with local hero Lukas Konecny, and the atmosphere at the Vodova Arena was electric throughout the evening.

Undefeated WBO middleweight champion Dmitry Pirog (19-0, 15KOs) is ready to face WBA king Felix Sturm (36-2-2, 15KOs) in any location – even in Sturm’s home of Germany. Pirog has been mentioned as possible opponent for Sturm on April 13th. Pirog is holding out hope that Sturm follows through with a possible fight, but he’s not sure if anything is going to actually happen with the ongoing rumors.

“Finally, [Sturm] has already started talking about a fight with me, although in the past he’s been silent on this subject. So, there is the possibility to organize a fight between us, although he had previously tried to ignore me. I hope this fight doesn’t just stay at the level of conversation, because I’m ready to act – even in Germany,” Pirog said. “If Sturm decides to fight me, I’m ready to sign the contract tomorrow. It’s important for me to have this fight happen.” 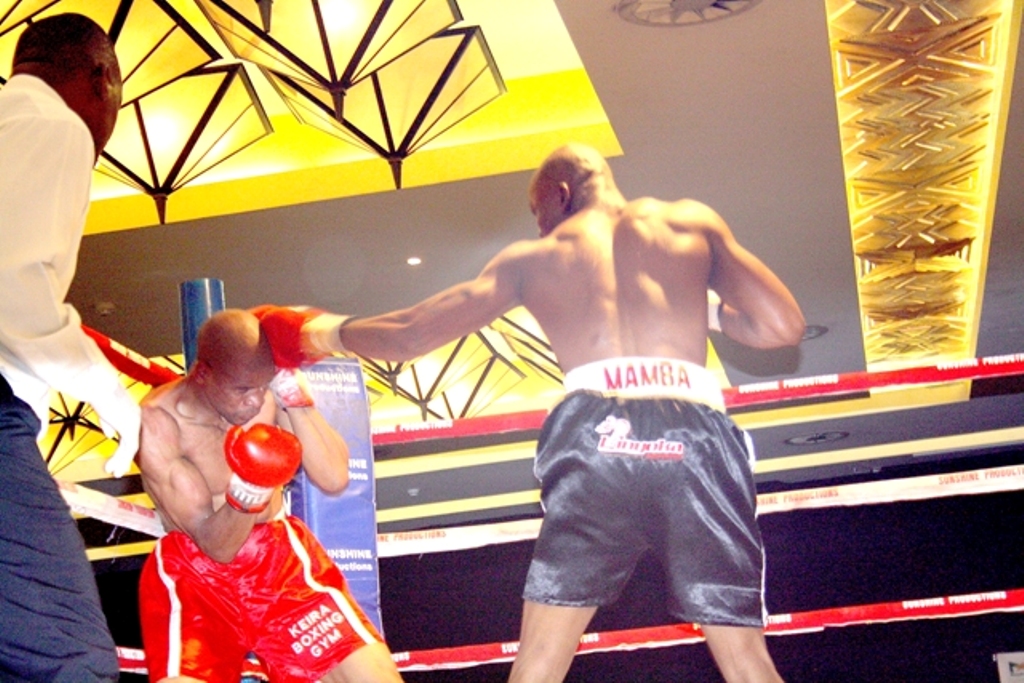 WINDHOEK – There seems to be no stopping Namibian boxers in their quest to become world-class boxers.

This was confirmed by Namibia’s pocket-sized undisputed World Boxing Organization (WBO) champion, Paulus “The Rock” Ambunda, when he retained his WBO bantamweight title after courageously trouncing South African Bongani Mahlangu on points, in a 12-round bout at the Windhoek Country Club Resort & Casino on Saturday.

Ambunda started the first round with some good jabs, to which the skillful Mahlangu responded well.

In the second round, Ambunda started throwing his heavy blows, which kept the South African running for safety for most of the fight.

In the eleventh and twelfth rounds, it became a hit-and-run affair as Mahlangu was now constantly on the run, which made it difficult for Ambunda to hit his target.
Ambunda is still undefeated after 17 professional fights, while this was his opponent’s second defeat after 17 professional bouts.

In another exciting under-card fight, Namibia’s WBO Interim Africa super middleweight champion, Wilberforce “Black Mamba”, Shihepo was in no mood to compromise and made his opponent pay dearly for having the guts to accept a fight against him – a complete marauding Namibian boxer.

Shihepo made easy work of his fight against Johannes Pieterson of South Africa when he bombed the South African with a fifth round technical knockout.

In other action, WBO Interim Africa Welterweight champion Tyson Uushona and Ghanaian opponent Francis Gakpetor’s fight ended in a draw after a clash of heads that left Gakpetor with a stream of blood all over his face, which left the ring doctors with no choice but to end the fight.