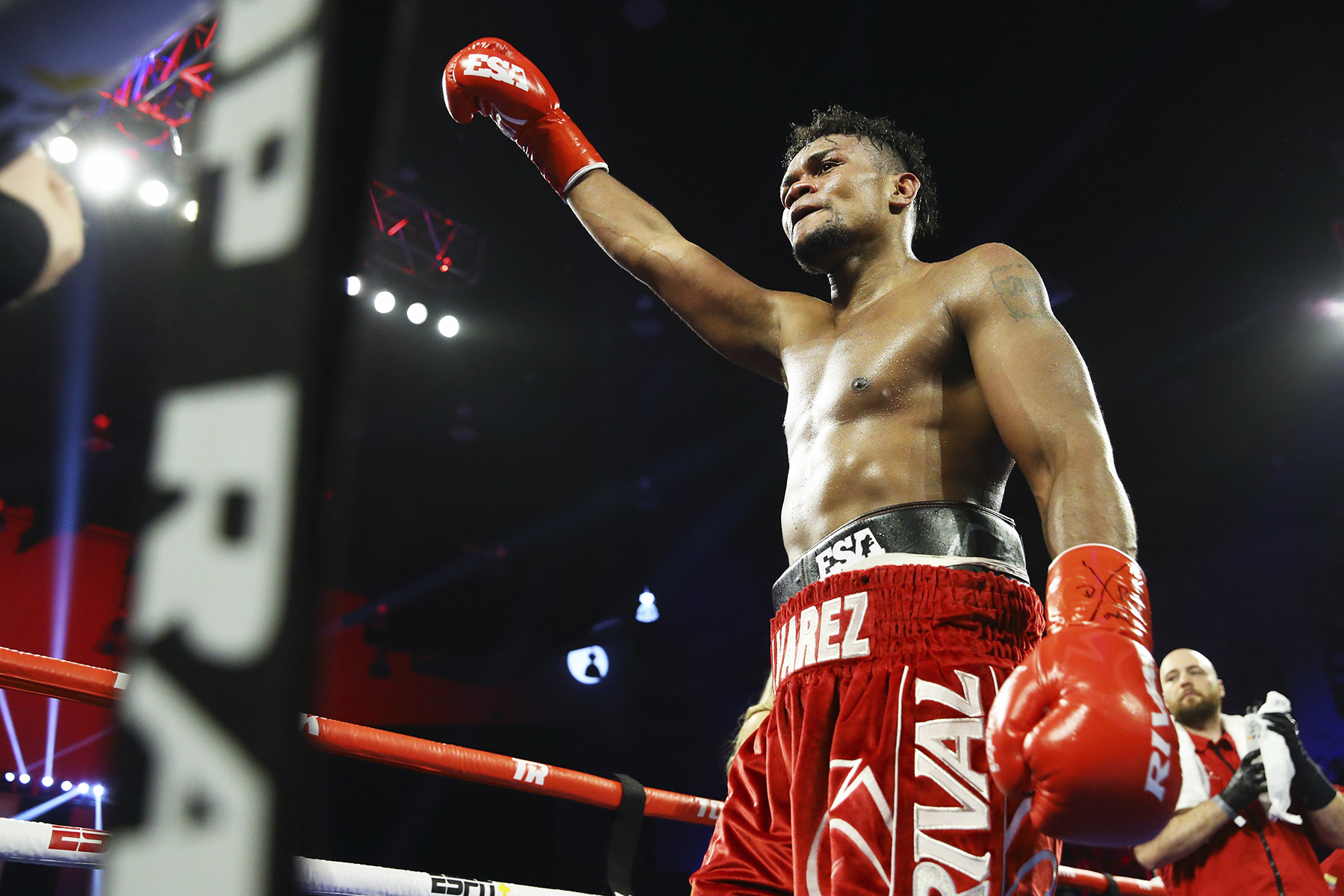 The first man to land his Sunday punch was going to win the fight. Former world champion Eleider “Storm” Alvarez returned from a nearly one-year layoff to knock out Michael “Cannon Handz” Seals with a single overhand right at the end of the seventh round Saturday evening at Turning Stone Resort Casino.

Alvarez (25-1, 13 KOs) is back following a disappointing decision defeat to Sergey Kovalev last February, the man he knocked out to win the WBO light heavyweight world title. Seals (24-3, 18 KOs), one of boxing’s biggest punchers, saw his four-bout winning streak come to an end.

“During training camp, we practiced {the right hand} over and over. My trainer was mad at me at first because I wasn’t doing what he was asking. Finally, we got the knockout,” Alvarez said. “I was out of the ring for 11 months. I wanted to come back as the fighter that beat Kovalev, and this is what we practiced for.”