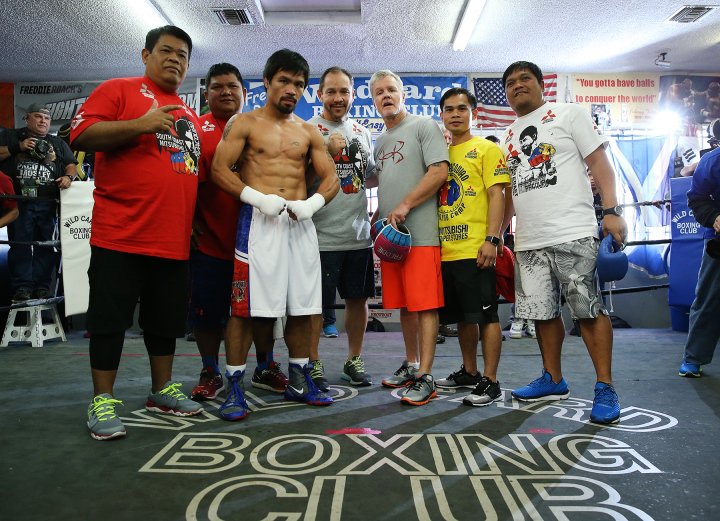 Pacquiao (57-6-2, 38 KOs) and Bradley (33-1-1, 13 KOs) are less than two weeks away from their date with destiny — their 12-round welterweight battle for pound for pound supremacy. This fight will also mark the first time Roach and Atlas have ever faced each other from opposite corners — an amazing fact considering they have a combined 70 years of training experience between them and scores of world champions to their credit. Promoted by Top Rank®, in association with MP Promotions, the Manny Pacquiao – Tim Bradley championship event will take place on Saturday, April 9, at the MGM Grand Garden Arena in Las Vegas, Nevada.  It will be produced and distributed live by HBO Pay-Per-View®  beginning at 9:00 p.m. ET / 6:00 p.m. PT.