SABILLO WELL-RESTED AFTER A LONG AND TIRING TRIP TO COLOMBIA 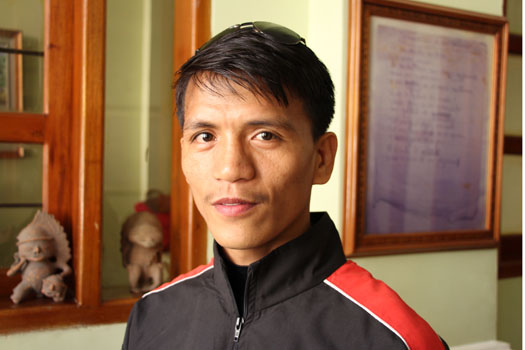 ALA-promoted boxer Merlito Sabillo, along with trainers Edito Villamor and Michael Domingo, landed in Colombia today after a very long and tiring trip, but the Filipino fighter is reportedly in high spirit and ready to trade leathers with Colombian Luis de la Rosa on March 9 Coliseo Mario de Leon in Cerete, Colombia.

The 12-round bout will be for the interim WBO minimumweight title, with the winner advancing to challenge recent Cebu visitor Moises Fuentes, the reigning regular title-holder, or be declared the regular champ should the latter decide to stay in the higher junior flyweight division where he failed to snatch the title from Donnie Nietes last Saturday in Cebu.

Team Sabillo arrived in their final destination in Monteria, Colombia following a 30-hour trip that took them to Hongkong, San Francisco, Houston and Bogota, Colombia. The group was met at the airport by event promoter Tutu Zabala and his associate Sergio Charms.

“We are well-rested now. Sabillo is determined and focused on the task ahead. He wants to really win this fight and become a world champion,” ALA chief trainer Edito Villamor told this writer.

Sabillo (20-0, 10KO’s) will be seeing action in his first overseas fight against the dangerous De la Rosa (21-1-1, 12 KO’s) who will be gunning for his second attempt at the interim WBO title.