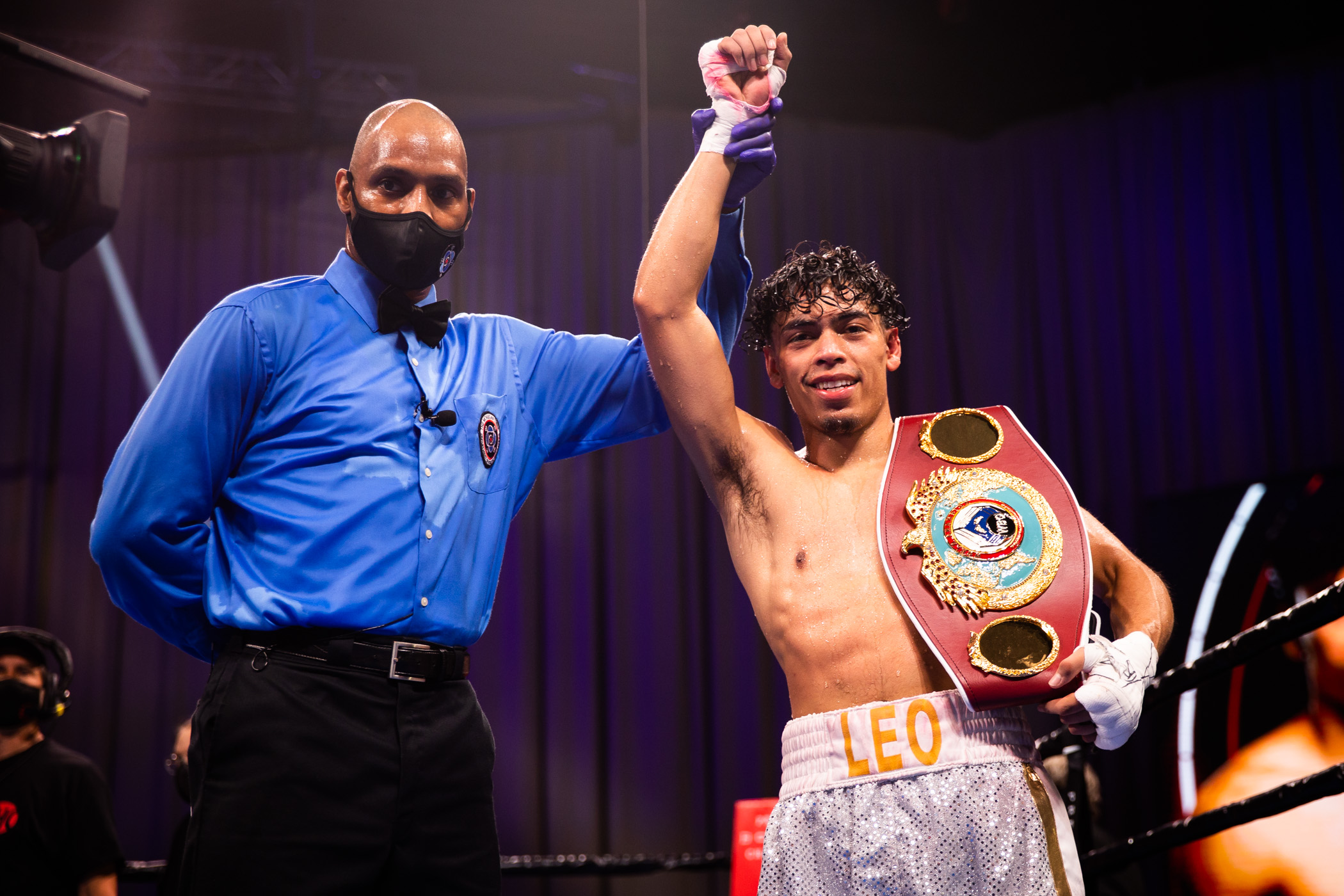 Leo (20-0, 9 KOs), who was originally scheduled to face Stephen Fulton, Jr. in the main event of Saturday’s card presented by Premier Boxing Champions before Fulton tested positive for COVID-19, used a dominant body attack and consistent pressure to overwhelm Williams (19-1, 6 KOs), who stepped up from the co-main event to face Leo. Albuquerque’s Leo had a 248-196 edge in punches landed while landing 39 percent of his power punches. 102 of his 248 connects were body punches.

Leo, who was ranked WBO’s No. 2 junior featherweight going into the fight, is now expected to defend his title against Fulton, ranked No. 1 by the WBO, within the next 180 days.

“It still hasn’t sunk in yet, it just feels surreal,” said Leo. “The first few rounds I was just feeling him out, getting his timing, getting the feel of him. I felt him kind of loosening up and breaking down, and that’s when I started putting the pressure on him a little more.

“That was the key factor in this fight, the body work and the pressure. I’m pretty sure Albuquerque is celebrating tonight. I think they have four world champions, because you can’t exclude Holly Holm. You have Johnny [Tapia], Danny [Romero], Holly and now me. There’s four champions in that city and I think I’ve made history there.”

Fulton, who watched the fight on television while quarantining following his positive test, was interviewed following the fight by SHOWTIME host Brian Custer.

“Congratulations to Leo, he did it,” said the Philadelphia native. “But listen, I’m ready for him. I’ve been ready. Just be ready to face me when it’s time. That’s all I’ve got to say.” 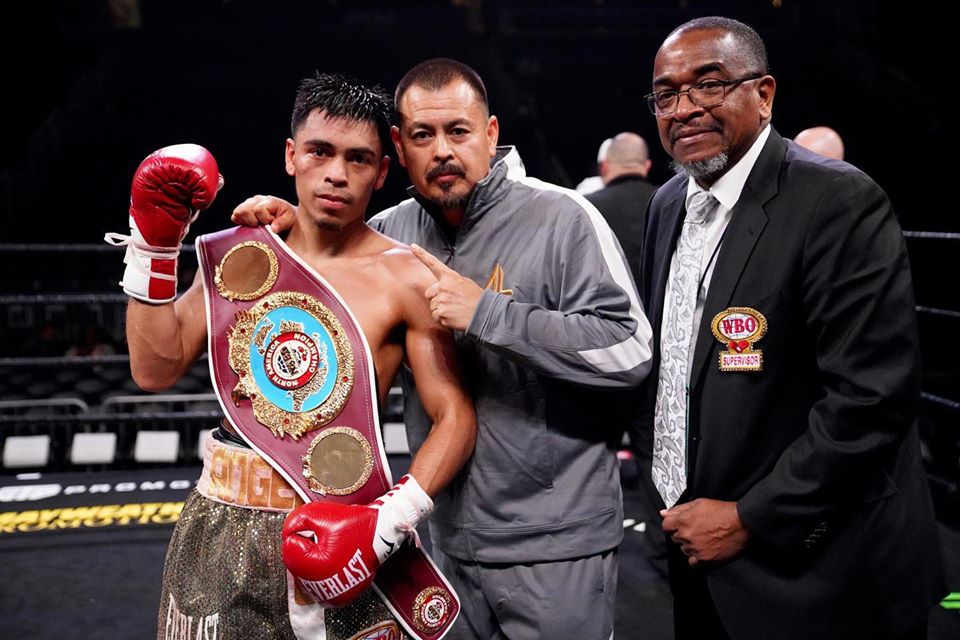 Congrats to the new WBO NABO Jr. Featherweight Champion Angelo Leo (19-0, 9 KOs) who defeated César Juarez (25-7, 19 KOs), via 11-round TKO at State Farm Arena in the city of Atlanta, Georgia.