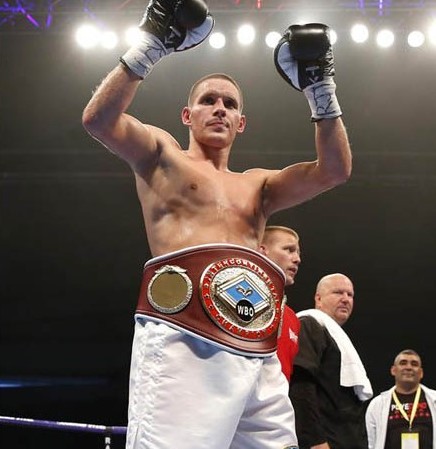 World title challenger Liam Walsh has a chance to regain the WBO European lightweight title when he faces Maxi Hughes at York Hall on November 9.

Walsh said: “I’m buzzing to be coming back and fighting for a title. My deepest thanks to MTK Global, who have invested in me and are doing everything they said they were going to do for me.

“They believe in me and Ryan and we’re over the moon. I’m half-kicking myself I didn’t join them five or six years ago. They told me I’d be fighting for titles in no time and here we are!

“Maxi Hughes is an opponent I’ve kept an eye on for a long time. Me and my brothers were at York Hall a few years ago when he fought Martin J Ward. We always keep an eye on people around our weight.

“He also fought Scott Cardle and I know quite a lot about him. He’s a good, honest fighter and I’m looking forward to facing him.

“I’ve won this WBO European title before. I beat an Italian called Domenica Urbano on the undercard of David Haye vs. Derek Chisora at Upton Park for it. It turned out well because I won it that night and defended it against Scott Harrison.

“Winning this fight will get me a top 15 ranking, which is very important.”

Already confirmed for the card is world-ranked welterweight Michael McKinson taking another step up against WBO world no. 6 Luis Alberto Veron, while WBC world lightweight title mandatory challenger Chantelle Cameron takes another step towards a showdown with Katie Taylor.