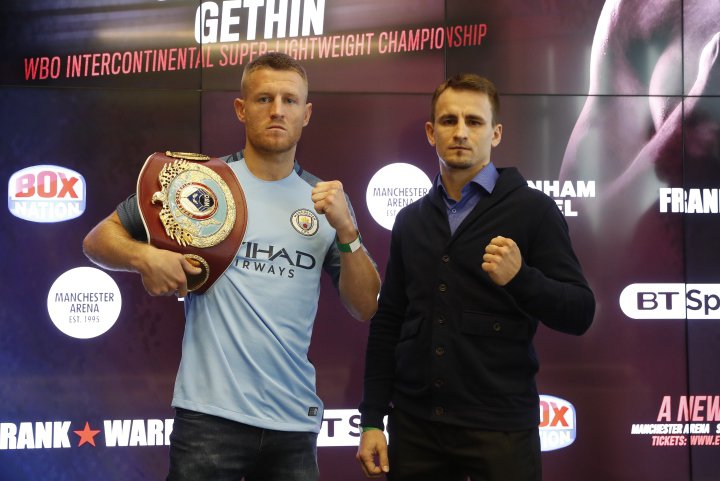 American boxing fans will have an avenue to view the WBO lightweight title fight between defending champion Terry Flanagan and challenger Petr Petrov, which takes place at the Manchester Arena in England this Saturday.

Yes, Banner Promotions has made a deal to stream this fight live on this platform, much the way Showtime did earlier this year for their card that featured Adrien Broner-Adrian Granados.

It’s further proof that the boxing industry is embracing the new technology in the social media era.

“Absolutely, television is changing and so is boxing. You have to be creative and with streams and everything you have to capitalize on what’s going on,’ ‘Matt Rowland, the V.P. of Banner Promotions told BoxingScene.com.

Rowland believes that the boxing industry must embrace the new media platforms which are constantly evolving.

“Listen, that’s why the pay-per-views are down, the ratings, in my opinion, are down because boxing has to get up with the technology,” he stated.

Rowland added – “We made a conscious decision to put this on Twitter to test the new technology and we also know that more people are going to access it on Twitter. So it’s only going to help Petr going forward in bigger fights and more money for him, as well.”

The live stream of Saturday’s championship fight will be available for free to logged-in and logged-out users on Twitter and connected devices in the United States.  Access to the live stream will be available Saturday night at boxing.twitter.com and on @BannerBoxing. Follow at @BannerBoxing to find out the exact timing of the live stream in the coming days. Even though the game variations can be very different, pokie machines are initially based on a straightforward and uniform system. There is a fixed number of reels on which an equally fixed number of different symbols are distributed. With each new spin of the reels, a symbol combination decides whether the player wins or loses. The principle of chance strikes when you play pokies online It is all about mathematical probabilities and when which symbol appears in each pokie on the reel.