The fight was a title eliminator for the WBO bantamweight crown held by Filipino Marlon Tapales who claimed the belt last July. Tete was in command from the opening bell and in the 11th round, he dropped Villanueva.

After 12 rounds, Tete was declared the unanimous points winner with scores of 120-107 and 119-108 (twice). Despite the huge margins, the fight was not one-sided but on the occasions when Villanueva broke through his opponent’s defences, Tete responded almost immediately with telling counter-punches to wrest back the initiative. “✔ Tete is putting on a masterclass here in Leicester! Heading towards another belt.”

Meanwhile, in an interesting development, WBO President Francisco ‘Paco’ Valcarcel, announced before the start of the bout that Tapales had been stripped of the title because he failed to make weight at the weigh-in for his scheduled defence against Japan’s Shohei Omori on Sunday in Osaka Japan.

As Tete’s bout against Villanueva was originally scheduled to be an elimination bout to determine the mandatory challenger for the WBO bantamweight title, it was elevated to an interim title fight. In the event of Omori winning, he’ll be declared the champion.

Previously, the Mdantsane-born Tete, 29, won the IBF super flyweight title in December 2015. Tete fights under the banner of British promoter Frank Warren. During the pre-fight announcements, Tete and one of his cornermen wore a T-shirt bearing the late Nick Durandt’s photo with the words RIP. A few years ago, Tete was trained by Durandt. 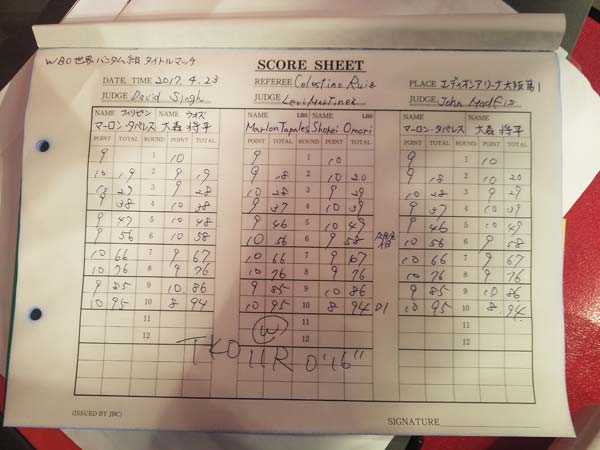 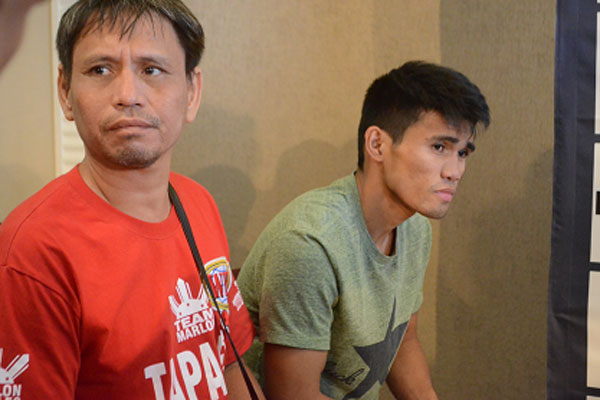 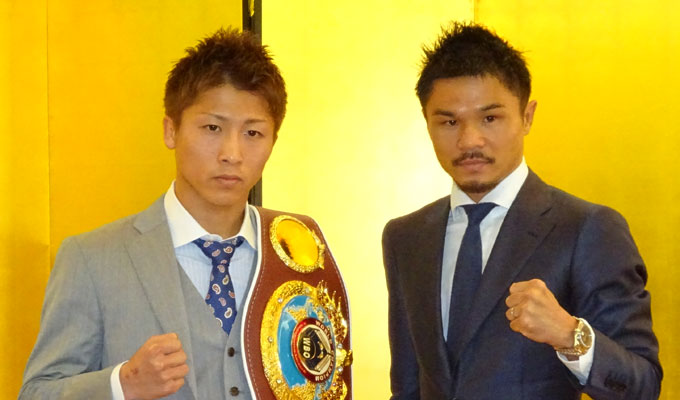 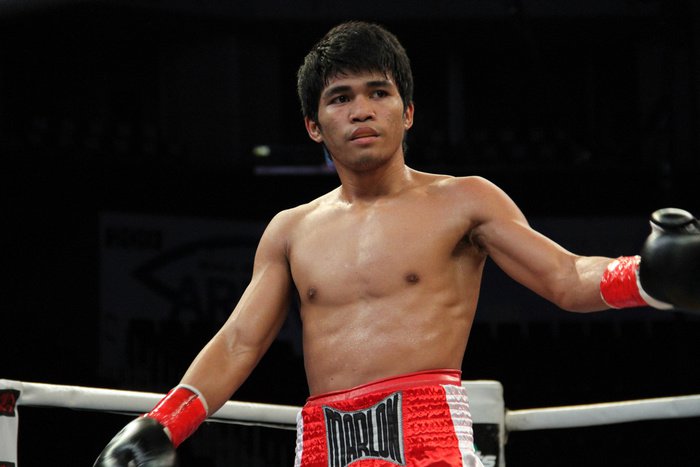 The title fight between Pungluang Sor Singyu and Marlon Tapales has been more than a year in the making and it didn’t disappoint with both men trading knockdowns before the Filipino turned the tables on the Thai to score a spectacular 11th round stoppage.

The long awaited fight took place at the Ayutthaya City park and neither man was able to gain a definitive advantage in the early exchanges. However Tapales’ superior speed was evident in the first two rounds as he looked to land quick combinations before circling away.

In round three Pungluang started to apply more pressure and succeeded in trapping the Flipino against the ropes and landing three right hands in quick succession. Tapales circled out and answered with a quick combination of his own with a right uppercut followed by a straight left cross.

It was Pungluang pushing the pace in the fourth as he jabbed through Tapales’ guard and followed up with a straight right downstairs. Again the reigning WBO 118 lbs champion was able to trap the challenger against the ropes and punish him with right hands to the body and head.

The drama intensified in the fifth as a right hook to the body from Pungluang sent Tapales to the canvass. The Filipino beat the count but he was badly hurt and the champion swarmed all over him, scoring a second knockdown with another right hand to the midsection.

Tapales took a long time to get to his feet and the referee looked like he might be about to wave the bout off but the brave Filipino continued. Pungluang threw everything he had at the southpaw who somehow managed to cover up long enough to see out the round.

The two knockdowns still left Tapales potentially a long way behind on the scorecards and he came out for the sixth round with his left elbow tucked in to protect that midsection. Pungluang seemed to be preserving energy as he stayed behind the jab but it was the Filipino who picked up the pace in devastating fashion.

Tapales started to put his combinations together with more confidence and a clubbing right hand from very close range dropped Pungluang. The Thai seemed to stumble to the ground and he bounced straight back up but his punch output dropped dramatically after the knockdown.

In the seventh Pungluang started to apply more pressure and a hard left to the body was answered with a blatant low from Tapales. The referee elected not to take a point and after a brief pause the Thai continued, finishing the round with a flurry of arm punches.

The action slowed significantly in the eighth and the ninth and by round ten Pungluang had virtually given up punching. Normally a pressure fighter, he spent almost the entire three minutes evading Tapales who landed a few right hands to the body.

At the start of the 11th Tapales landed two left hooks to the body followed by a straight left which crashed through Pungluang’s guard. The Thai was sent flying backwards and it was clear that this time he was not getting back up.

It seemed that either exhaustion or an accumulation of punches had taken their toll on Pungluang who simply had nothing left. For Tapales it represented a stunning comeback and the defining moment of a professional career which up until this point had been lacking only a world title.

The finish came just 30 seconds into the penultimate round and sees Tapales crowned as the new WBO 118 lbs champion. His record improves to 29-2 while Pungluang drops to 52-4 after suffering a first ever loss on Thai soil.

On March 11th 2016, a Sor Singyu vs. Marlon Tapales negotiation letter was sent giving the parties ten (10) days to negotiate. Then, on March 20th an extension request to finalize the agreement was received from Rex “Wakee” Salud. On March 22nd, a five (5) day extension was granted until Monday, March 28th 2016. Please inform us immediately the date of the bout.