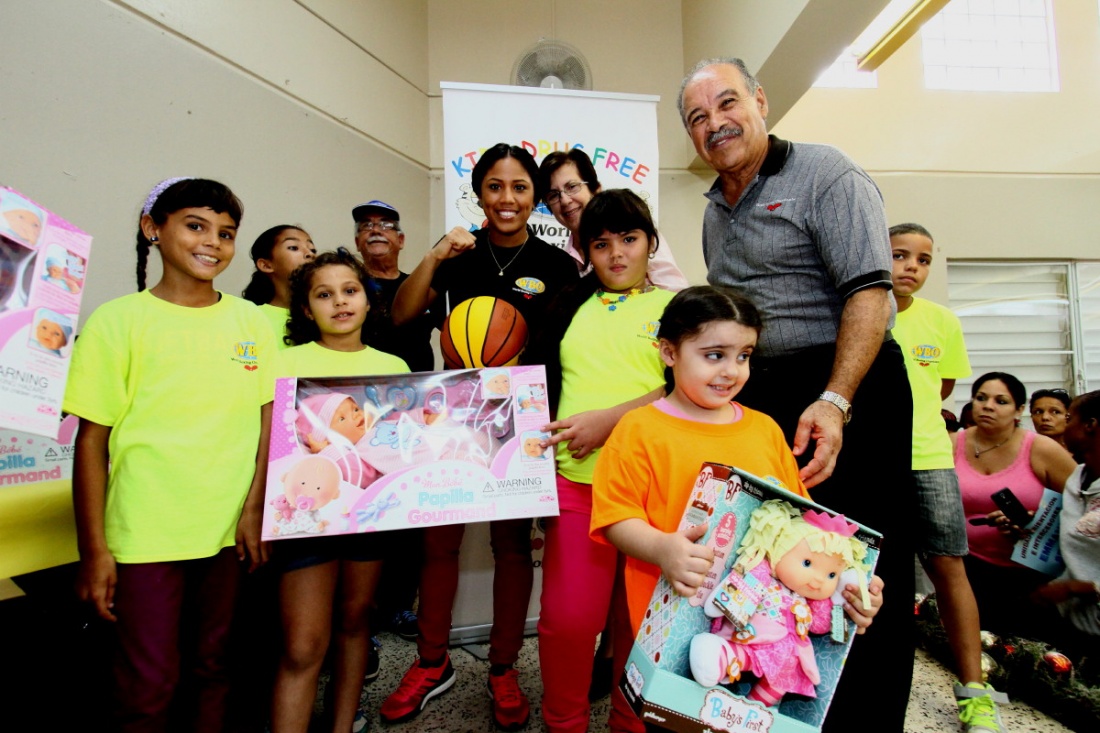 WBO, Francisco ‘Paco’ Valcárcel, together with the institution’s director, Sister Mildred Vázquez, offered this activity for the youth and children who participate of the various center programs.

“This commitment t began 17 years ago with Sister Isolina Ferré. We started here in Puerto Rico helping children and have branched to 29 countries around the world. We want the children to be Champions of their lives, of their daily life. Let them be as the boxers that join us today; Champions of society and an example for others. To continue their education and use their skills through sports to solidify all disciplines,” Valcárcel commented. “Our commitment is resolute, and we will continue to provide continuous support for these children.”

“For me it is a great privilege to be a part of this WBO event, together with Sor Isolina Ferré’s staff. It’s a blessing to share in the joy of these children while instilling them with motivation, “said José ‘Sniper’ Pedraza.

WBO Latino Bantamweight champion Emmanuel ‘Manny the sensational’ Rodriguez said: “To be a participant in this awesome WBO activity is the best thing that has happened to me. Carrying the message that we can stay on the right track and set an example to the children is a great satisfaction.”

Gold Medalist Kiria Tapia said, “I always participate in WBO activities. We have to give back and share the blessings that our Lord showers us with.”

The WBO and the Puerto Rican boxers shared in a party atmosphere with all the families present, donating to the Center’s children 100 bicycles, board games, toys and sport equipment.