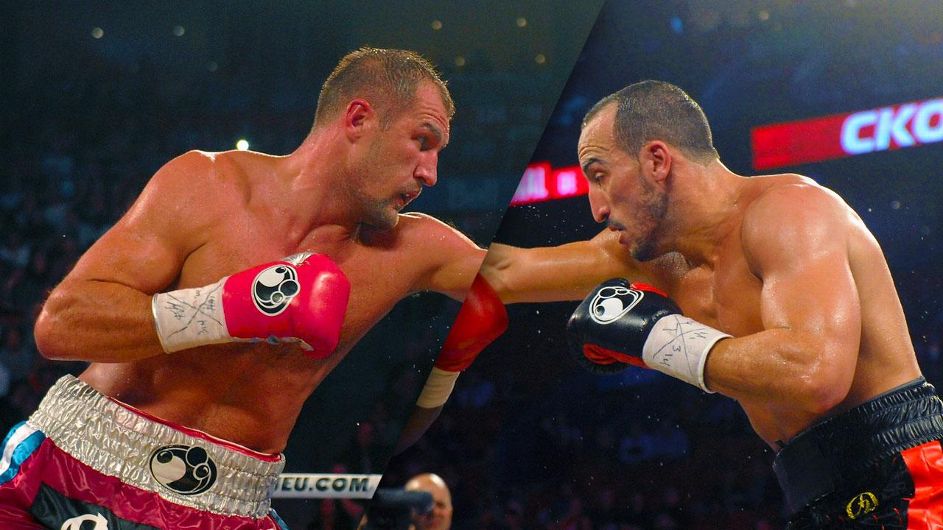 Despite being a heavy underdog, Nadjib Mohammedi is undaunted by the challenge ahead of him on Saturday.

The native of France, who enters his third fight under the tutelage of trainer Abel Sanchez, has steadily improved in recent years.

Mohammedi, 30, has won 13 straight fights since his last defeat in 2011 against Dmitry Sukhotsky. He upset Anatoliy Dudchenko by seventh-round TKO in June 2014 to become the mandatory challenger for the IBF title.

Speaking through a translator, Mohammedi recently talked with ESPN.com about his mindset entering the Kovalev fight.

It has been more than a year since you became the mandatory title challenger. Why was now the right time for you to challenge Kovalev?

I took my time because I needed to change my team. It was time for a change and now I have an American team with Abel Sanchez as my trainer. I needed to become more famous in America to make my name here. That’s why I waited.

In what ways has Sanchez helped you improve your fighting style?

Abel Sanchez did not change my style but he upgraded it. With Abel Sanchez’s experiences, he brought to me a lot of things from his own style.

How would you describe your fighting style and the balance between being a boxer and puncher?

I have made changes and am more powerful now. Also with the way I move in the ring, I am more of a target.

Sanchez has experience as Kovalev’s former trainer. How much of an advantage will that be for you in this fight?

Abel Sanchez knows the style of Kovalev. He knows his talent and his mistakes. But for now, we can say that the style of Kovalev has changed a bit [since joining new trainer John David Jackson]. He has always been a straight boxer — jab, right, left, jab. But at the end, we never know.

Considering the platform available to you with this fight, what do you hope to teach American fans about who you are as a fighter?

I can bring to American boxing fans a new story and a new generation of light heavyweight champions. I can really show them that everything is possible if you work hard because I came from a hard and mighty long way. I want to show them that everything is possible, a little bit like “Rocky.” It’s not the same story, but I will be Rocky against [Ivan] Drago.

Kovalev is an extremely large betting favorite in this fight. What does that do to motivate you?

It is normal that everybody thinks that Kovalev will beat me. He is No. 1 and a favorite. But it motivates me a lot because at the end I will show them that because Kovalev is No. 1, I want to beat him. I want to show to the boxing fans that, once again, anything is possible. You never know what can happen, even if it’s against the No. 1. You never know.

In his last fight in March, Kovalev was hurt at times before going on to score a stoppage against Jean Pascal in Montreal. What was your opinion of his performance in that fight?

I was at this fight and I saw the same thing that you saw: Kovalev was hurt, and I saw a lot of possibilities against his boxing style.

What it is about your childhood or upbringing that has prepared you to take on the kind of challenge that you’ll face against Kovalev?

Outside of the ring, what do you like best about being in America?

Kovalev is currently ranked among the best pound-for-pound fighters in the world. Do you believe he is worthy of all the hype he has received?

Kovalev deserves his place in the ring as No. 1 and light heavyweight champion. But at the end, he’s just a man.

Above all else, what needs to go right in order for you to pull the upset against Kovalev?

There are many factors. One of the most important factors for us to stay close in this fight and keep good distance. That will be the key.