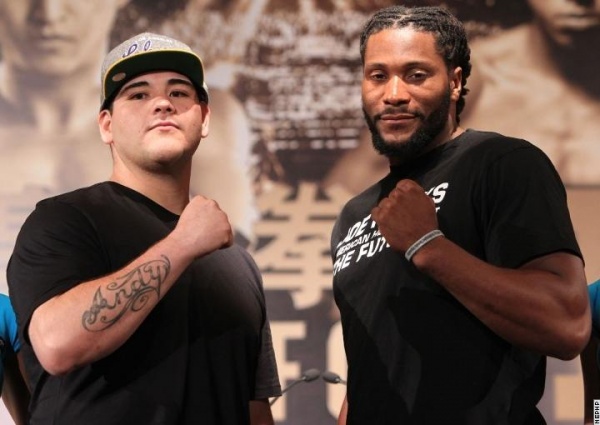 Once upon a time existed the old adage that you simply made a good heavyweight fight if there was one to be made.

Those days seem long ago considering the current dismal state of the division. But things have progressively improved in recent times – nowhere near the past status as boxing’s glamour division, but enough to where not all hope is lost.

A piece of the future is offered this weekend in Macau of all places. Unbeaten heavyweight prospects Andy Ruiz and Joe Hanks square off on the undercard of a show headlined by the 2nd pro fight of three-time Olympic medalist Zou Shiming.

“It’s unusual to have a heavyweight bout in Asia. The heavyweight bouts (the fans) normally see are over the hill fighters 50 pounds heavier than they were in their prime,” suggests Hall of Fame promoter Bob Arum, whose Top Rank company guides the career of Ruiz. “Not this time. What you have here are two heavyweights in the prime of their career.”

Both fighters promise an entertaining fight and naturally each predicting victory. Chances are that both winner and loser will see plenty of screen time in the future.

“It’s going to be a good fight; two undefeated fighters going at it hard,” promises Hanks (21-0, 14KO), a Newark (NJ) native who fights outside of the U.S. for the first time in his career. “It’s going to be a great fight that will bring some excitement back to the heavyweight division.”

Ruiz (19-0, 13KO) enters the fight the more celebrated commodity of the two. The unbeaten Mexican has left a favorable impression on boxing fans and media, his fleshy exterior not at all indicative of his in-ring capabilities. Five straight knockouts precede what is to date his biggest stage.

“I’m happy to come here to Macau, China. It’s going to be a good fight. We’re going to entertain you guys. My camp has trained real hard. We’re going to do all we can to give you a great fight,” Ruiz promises.

A great heavyweight fight will be welcomed with open arms. A great future contender will be even better. Matching up unbeaten heavyweights at this stage in their careers is a heck of a starting point.