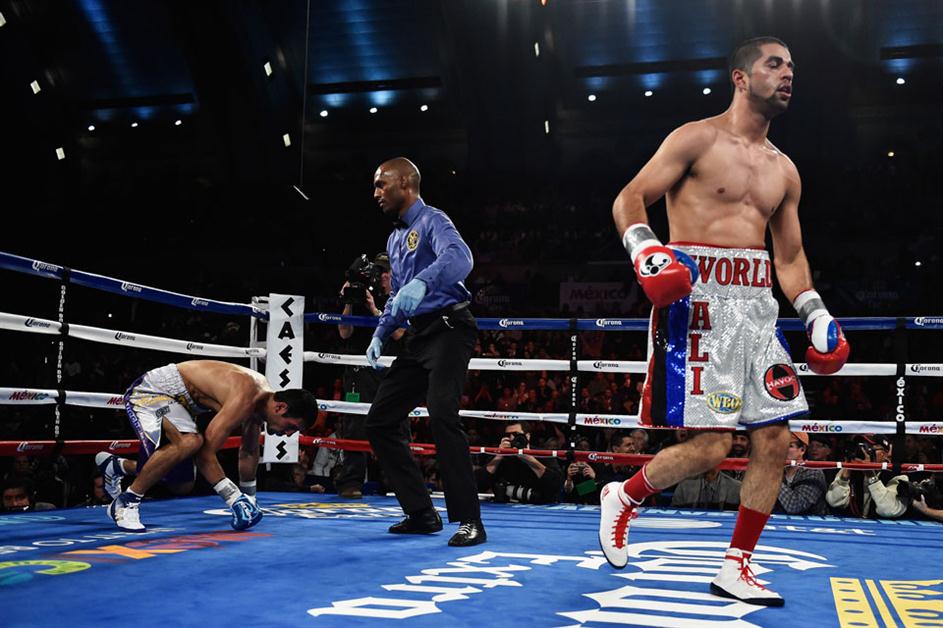 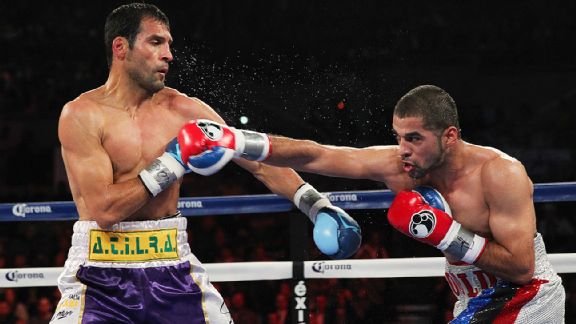 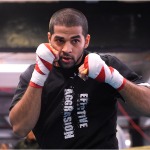 Both Ali and Abregu offered insight into how their training camps are going and what the fans can expect on November 8.

Q: Where did you train and whom did you train with?
Sadam Ali: I’ve been training at World Kid Sports for eight months, before this training camp started, it’s my little boxing cave. I’m here with my trainers Willie Vargas and Andre Rozier. My team has a close bond. We’re like family and we work together as a
team. It’s all about building and building.

Luis Carlos Abregu:  I have been training in Los Angeles for about a month – I train in the Rock Gym in Carson, Calif. and CMC Pro boxing gym in Marina del Rey with my trainer Hector Roca. My trainer when I was in Argentina was Nestor Jaime.

Q: What is your main motivation in training for this fight?
SA: Being on HBO. I’ve been growing up watching HBO and watching the most famous guys shine and I’ve always envisioned myself in that position. I want to be in everybody’s eyes and I want to be known as something special, that’s very important to me.

LCA: My motivation is to get this win, so that I will have a chance to fight for a world title again. This dream was put on hold after I hurt my hand in my fight with Tim Bradley, but I’m ready to go now.

Q: What do you like to do when you’re not training?
SA: I like to shoot pool, go bowling and maybe play some ping-pong. I like competition and I love winning.

LCA: I like to be with my family and make my parents proud with everything I do. I also like to spend time with my friends and have a good time hanging out with them.

Q: Have you been able to spend time with your family during training?
SA: I spend a lot of time with my family. My only job is boxing, so other than that I have lots of time with my family. Their support is really important and it’s always been there. Not everybody has that support, not everybody has a father that can be there for you 24/7 while you’re growing up. My family has helped put me in the position I’m in and I’m thankful for it.

LCA: My family is in Argentina, so here in the United States, I have only my team with me. But I will bring the victory home for them.

Q: What do you know about your opponent and what do you expect from him on November 8?
SA: I’m expecting a hungry fighter, a strong fighter. Somebody who sees nothing but winning, he wants to win and he wants to take me out of his way. He’s a great fighter and I have respect for him, but I’m ready to go out there and perform.

LCA: I know he is a boxer who had a very good amateur career. I hope that he engages with me so that it will be a good fight. I plan to give the fans their money’s worth and I will fight very hard. I hope that he will do the same so that everyone enjoys the fight.

Q: Do you feel any extra pressure fighting as the co-feature before arguably the biggest fight of the year?
SA: I’m used to the pressure because I’ve always seen myself in this position so it’s not really anything to get me nervous. I’m definitely ready and excited. To be on the Hopkins card is exciting, he’s such a great speaker and he says things that just inspire you.

LCA: I feel no pressure at all. I have been the main event in many important boxing shows. To the contrary, I love to be part of important cards that people want to see.

Q: With this being one of the first fights in a while between Golden Boy Promotions and Top Rank fighters, do you feel any pressure company?
SA: In addition to representing myself, I always feel like I’m representing Golden Boy too. It’s great to bring everyone together, I think we should all work together. It’s for the boxing fans and everybody that’s watching.

LCA: I think it’s definitely a good thing when two important boxing companies work together. This opens more doors for boxers and it gives all of us better and bigger opportunities.

Q: What is something about you that fight fans don’t know?
SA: I’m going to win November 8.

LCA: I feel that many people don’t know about my power and what I am capable of doing in the ring and that I can beat the best boxers in the world.

Q: What is your prediction for you fight?

LCA: I predict that I will win the fight and that it will be a great fight, if we both come ready to do our jobs. I’m hoping that after the fight the real winner will be the fans.

Question for Ali: What does it mean to you to be a fighter from Brooklyn?
SA: Being a Brooklyn fighter means a lot to me, I was born and raised here. Everybody is hungry here and there have been so many great fighters from here. Even though it’s not like how it used to be, I’m trying to bring it back as well. There’s a lot of those guys I look up to, Mike Tyson obviously, I’m close with Paulie Malignaggi and Luis Collazo. Can’t forget about Riddick Bowe and Mark Breland, there are so many great ones I can’t remember them all.

Question for Abregu: What does it mean to you to represent Argentina?
LCA: I am very proud to represent my country and I also know that is a great responsibility. That is why I will do my best to take a win back to Argentina for all of the people there.

Alien vs. Krusher: Hopkins vs. Kovalev” is a 12-round unification bout for the IBF, WBA and WBO Light Heavyweight World titles, presented by Golden Boy Promotions and Main Events in association with Caesars Atlantic City, Corona Extra, AT&T, Hortitsia Vodka and Mexico, Live it To Believe It!. Ali vs. Abregu is a 10-round welterweight bout for the WBO Intercontinental Welterweight title and is promoted by Golden Boy Promotions and Top Rank.