Escobedo: I Have The Style, Skills To Beat Adrien Broner 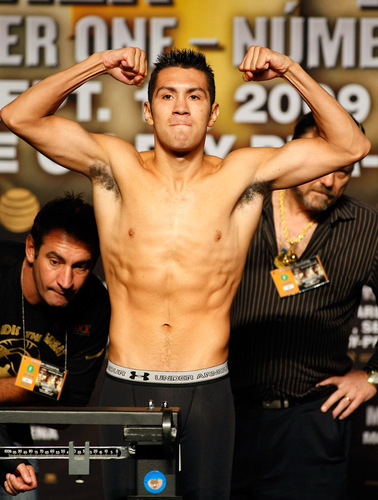 WBO NABO Jr. Lightweight Vicente Escobedo (25-3, 15KOs) is on the verge of cashing in his best career performance against Lonnie Smith last month, with a shot at one of the Jr. Lightweight champions in 2012.

The 30 year-old from Woodland, has been talked about as a possible opponent for WBO champion Adrien Broner in the coming months, but told WBN that he will take on any the belt holders at 130lbs.

“I would like a shot at Broner of course. I think I have the style and skills to beat him,” Escobedo told World Boxing News.

“But i’ll go for the first champion my manager and promoter can make a deal with and if that is Broner then I welcome it.

“He is a very talented fighter but I see chinks in his armour, although I wouldn’t tell what they were.”

Escobedo surprised many in his latest victory, not with the result itself, but with the manor of the job he did on Smith, who was undefeated in five years prior to his first round knockout loss in which he hit the canvas three times.

“I suppose that considering that I knocked out a good fighter in less than a round, you could argue that it was my best performance to date,” explained Escobedo.

“But before I think of world titles, I will be back in my hometown on May 12th in a bout televised on Telefutura again.

“The main goal is of course the title shot and we are talking about it for after my next bout. That’s what I am gearing up for,” he added. 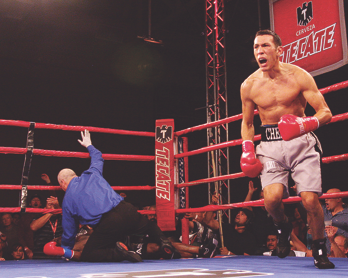 It was a triumphant return to Woodland for Vicente “Chente” Escobedo (25-3, 15 KOs) as he destroyed “Lightning” Lonnie Smith (14-3-2, 10 KOs) in a first-round TKO to earn the WBO NABO Junior Lightweight title on Saturday at the Woodland Community & Senior Center.

“It feels great,” Escobedo said after the fight. “It should have happened a long time ago I believe, but it’s been a learning experience. I’ve been to the top, the bottom and now I feel like I’m back on the rise.”

The scheduled 10-round bout only lasted two minutes and 20 seconds as Escobedo quickly dropped his opponent three times.

“I expected Lonnie to come fight, which he did and I knew he was going to be aggressive, but I knew once I hit him with some shots he was going to think twice about coming forward.”

Escobedo was the aggressor for most of the fight. He caught Smith with a right hand and took control after the first knockdown. Escobedo said once he realized he could brush off Smith’s punches, he knew things were going to go his way. “I was keeping my composure and keeping my defense tight, but coming with some hard single shots and that’s what caught him,” Escobedo said.

The fight card, which was part of TeleFutura’s Solo Boxeo, was sold out two days before the event even with added rows of seats. As Escobedo entered the ring, the crowd erupted and started chanting “Chente.”

“Coming out of the Olympics I was going to be the next big thing but then things didn’t happen as planned, but it’s OK,” Escobedo said about the trials and tribulations he has been through in his quest for a title belt. “But I never stopped believing in myself, my team never did and Woodland never did. I think this is a great gift for Woodland and I’m just overwhelmed and happy that I can give this incredible knockout to Woodland.”

Escobedo said he is going to hang around with his family and friends in Woodland for a few days before he has to return home to Southern California. He said its been close to a year since he last came home to Woodland.

“I’m passing through the town and I’m seeing all these different, new shops and I’m thinking, ‘that used to not be here,'” Escobedo said.

In the future, Escobedo might be a part of that change.

“Another dream of mine is one day, if I ever become a world champion, or a big, big superstar I would love to do something for the kids here in Woodland. I think it’s needed … to not only fix up the boxing gym but do some other kind of stuff because I know what it’s like growing up not having certain things so if I have the privilege to get those things for the kids, I think the kids are the future and that’s something I would love to do for my hometown,” Escobedo said.

As for his future and the path to a world title, Escobedo said that he made a statement with his victory over Smith.

“I think this is going to open a lot of doors,” he said. “I don’t know what’s next for me, I let my manager take care of that for me … but I’m motivated, I’m excited and I can’t wait for my next one.” 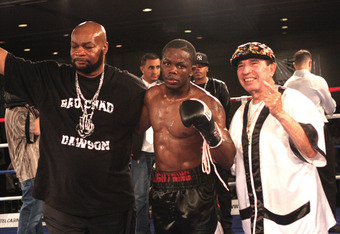 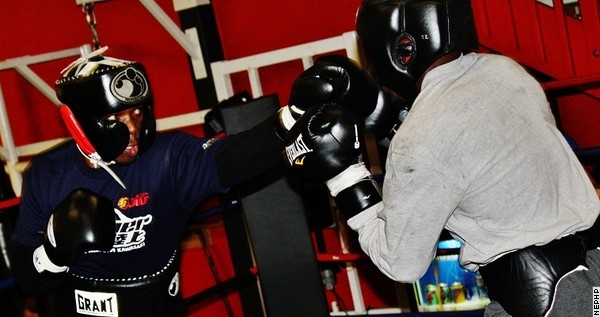