A Tribute to Dean Powell 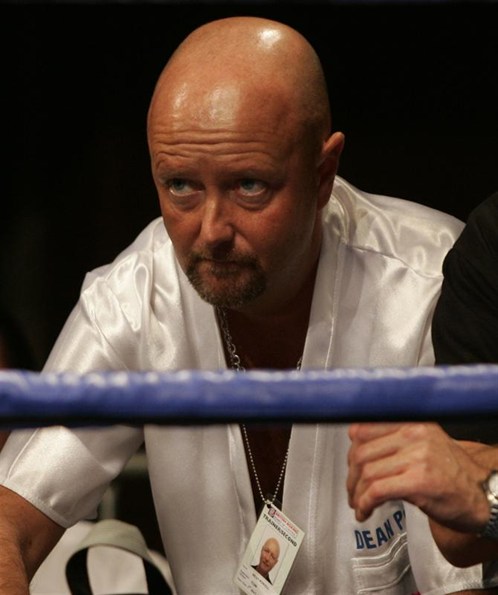 The funeral of Dean Powell, a great friend and colleague of everybody at BoxNation and matchmaker for Frank Warren takes place this afternoon in Greenwich.

Here is a tribute to Dean by Steve Lillis, his friend for more than 20 years.

He never had a bad bone in his body and passed away too young at 46.

His generosity and loyalty to friends, family and those he worked with had no boundaries.

I experienced this at first hand. Myself and Dean were big fans of the underground music scene

Often Dean would discover a specialist record shop, see a 7 inch single and think of me.

An enthusiastic phone call would follow, and within days a shiny piece of black vinyl would drop on the door mat.

He never asked for a penny because all he wanted to do was put a smile on peoples’ faces.

It might seem a small thing to do and something he may have forgotten about, but something others never would.

He would always think of others whatever working deadlines he was having to meet.

We’d speak most days and he always asked how my two daughters were, especially my youngest, Hannah who he called ‘Little Liam’ because of her broad Mancunian accent .

He was a close friend for 20 years and although our boxing, football and music chats are no more, I am lucky to be able to smile at the great memories I have and the times we shared.

We were last together at the WBO convention in Budapest three weeks ago and although it was a flying 36 hour visit the memories will last.

Dean was on great form teasing Kalle Sauerland’s musical taste, and after a meal we talked about his grandkids and my two daughters.

We last like spoke five days before he tragically passed and arranged a night out at a music exhibition.

But, the main purpose of calling was to wish me a safe flight when I travelled to Las Vegas for Mayweather-Alvarez.

As for Dean’s boxing knowledge, he had forgotten more than what most people in the sport know and made his mark as a matchmaker, manager and trainer.

He was trusted by all. During 25 years helping shape British boxing he worked with the likes of Nigel Benn, Joe Calzaghe, Lloyd Honeyghan, Amir Khan and Lennox Lewis. Dean had told me his first boxing memory was watching the Rumble in the Jungle between Muhammad Ali and George Foreman on a black and white TV at home in Wolverhampton.

He might have only been 10-years-old, but when he saw Sugar Ray Leonard win gold at the 1976 Olympics he was hooked.

Pat Cowdell who he often watched in Black Country boxing arenas and Charlie Magri were his favourite British boxers as a kid.

Back in 1988, Dean knew his future belonged in professional boxing and he moved to London.

It was never going easy for him to  make that break. For six months he slept on the floor at the Thomas a Becket gym on the Old Kent Road, paying his rent by sweeping the floor.

The South-East London gym was a college of knowledge where plenty could be learnt by listening and keeping your lip zipped.

Dean then started working at the Royal Oak gym in Canning Town, serving his apprenticeship under legendary trainer Terry Lawless and Jimmy Tibbs,

He then worked at the offices of Mickey Duff in London’s Wardour Street before being taken on as matchmaker for Frank Maloney and Panos Eliades.

Dean was 24/7 a trait he picked up from Duff, who told him, “It’s not always about ability, it’s about availability.’

Dean was responsible for helping make many of Britain’s finest world champions during his time with Warren including Ricky Burns, Calzaghe, Nathan Cleverly and Ricky Hatton.

They say nobody is irreplaceable, but Warren and his staff may well disagree.

Whether it was making matches, wrapping hands, or being a friendly voice at the other end of a phone to boxers, managers, trainers, matchmakers or journalists Dean was the man.

He doted on grandsons Harry, Joey, Billy who he would take to most Charlton Athletic homes games.

His parents, partner Lisa and the boys have lost a special, special person.

We will miss you my mate.